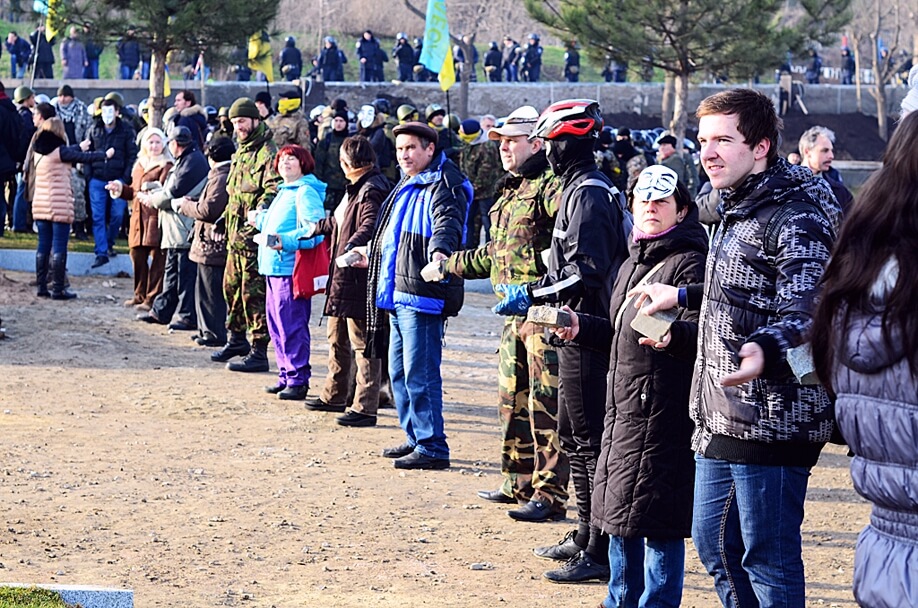 Odessa community assists authorities in dismounting illegal parking lot near one of the beaches. The parking lot for around 400 cars is being constructed by local businessmen near NEMO delphinium and hotel right on the seaside, thus violating Water and Land Code of Ukraine. It shall be noted that numerous police officers on the spot didn’t intervene with the process, but along with Odessa Self Defence were monitoring the process to prevent possible provocations, expected from “Nemo” owners. To remind: the protest against illegal constructions at the Odessa seaside and devastation of Odessa green zone has been ongoing for almost a month. On 29 November Odessa residents already came at the same place to stop illegal cutting of trees and destruction of hills which are an important element of Odessa ecological system that prevent landslides. EMPR has been closely monitoring the situation.

Aleksandra Demskaya (EMPR) was there and prepared the following article.