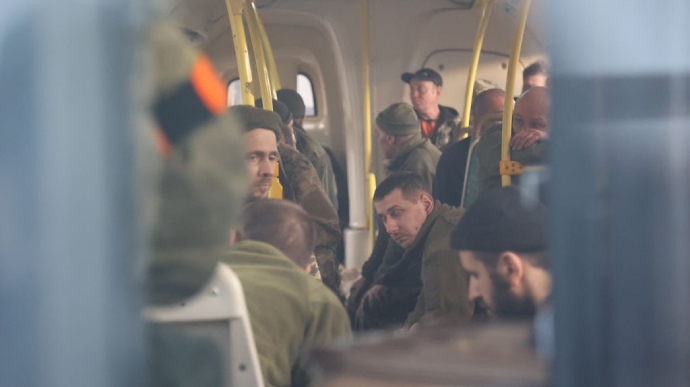 A member of Russia’s negotiating team and State Duma deputy Leonid Slutsky informed that Russian authorities would “study the possibility” of exchanging the detained Ukrainian deputy Viktor Medvedchuk for captured defenders of Mariupol but later changed his mind.

This was reported by the Russian news agency “Interfax” with a comment from Slutsky.

“We will study the possibility of exchanging Medvedchuk for the Azov fighters. By saying we, I mean not the Liberal Democratic Party, but those in Moscow having such authority,” said Slutsky, speaking at a so-called “press conference” in occupied Donetsk.

Later that day, in his telegram channel Slutsky said not to pick on his “polite” wording. He stated that he supported the military tribunal over the Ukrainian prisoners of war from the Azovstal steel plant, and that they must not be exchanged.

At the same time, he restated that Medvedchuk’s fate was to be decided in Moscow, though he is in a pre-trial detention center in Ukraine.

The Russian Ministry of Defense claims that 2,439 Ukrainian defenders have left the Azovstal steel plant. However, the Ukrainian authorities do not give exact figures, and international military experts suggest that the Russian occupiers deliberately overstate the number of prisoners.

• President Volodymyr Zelenskyy stated that the Ukrainian authorities had agreed with international organizations on guarantees for the return of Ukrainian defenders as part of an exchange. The evacuation was carried out in cooperation with Western partners. Representatives of the International Committee of the Red Cross said they were registering all Ukrainian servicemen evacuated from the Azovstal steel plant.

• On May 20, Russian Defense Minister Sergei Shoigu reported to Russian President Vladimir Putin that all Ukrainian defenders had left the Azovstal steel plant. Earlier, American journalists published a video in which Ukrainian servicemen leave the territory of the plant and board evacuation buses.

• Reuters correspondents stated that Ukrainian defenders of Mariupol that are not considered wounded were taken by 7 buses to a newly reopened prison in Olenivka near Donetsk occupied by DNR militants. Wounded fighters were taken to Novoazovsk between Mariupol and Russian Taganrog.

• On April 18, Medvedchuk recorded a video message appealing to Zelenskyy and Putin to be handed over in exchange for the Azovstal defenders. Before that, Medvedchuk’s wife, Oksana Marchenko, who is Putin’s crony, addressed him personally. However, the Kremlin ignored those appeals in April.

• The Security Service of Ukraine detained Medvedchuk on April 12. Later, the head of the Security Service of Ukraine Ivan Bakanov gave details of a special operation to detain the fugitive member of the parliament. He said that the Russian FSB tried to take him first to Transnistria and then to Moscow. The SSU detained Medvedchuk on the way out of the Kyiv region.