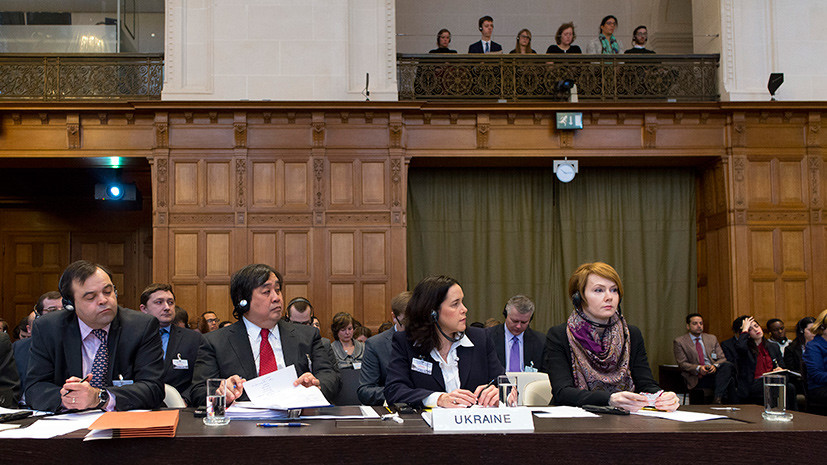 Professor Jean-Marc Thouvenin, representing Ukraine at a hearing at the UN International Court of Justice in The Hague, explains what is meant when Ukraine claims that Russia has violated its obligations under the Terrorist Financing Convention.

This was reported by the Ukrainian agent in the case of Ukraine against Russia, Deputy Foreign Minister Olena Zerkal.

Thouvenin emphasized in his speech at public hearings that despite Ukraine’s request, Russia had not ensured the investigation of facts about persons who were or are suspected of participating in the financing of terrorism in Ukraine. Neither did Russia initiate criminal proceedings against those persons.

Russia is accused of violating part 1 of Article 12 of the Convention about the obligation of the parties to provide one another with the widest mutual legal assistance. Ukraine asked Russia for help in accordance with the article, but it was useless.

Russia is accused of seriously violating its obligations under Article 18 of the Convention on Cooperation with Ukraine in the Prevention of Terrorism Financing, since it has not taken all possible measures for that purpose.

“This is an abuse of the court: inaction, passivity, delusions, delays, lack of cooperation. Overall, this behavior is a clear violation of Russia’s obligations under the Convention,” said Ukraine’s representative in court.

Public hearings are held in The Hague Monday through Friday. Hearings are devoted to the preliminary objection put forward by the Russian Federation.