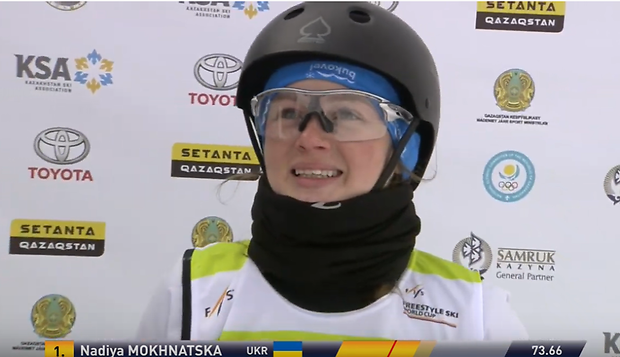 Ukrainian athlete Nadiya Mokhnatska won the ski acrobatics competition in the sixth stage of the Freestyle World Cup in Kazakhstan.

It was reported by the press service of the Ukrainian Ski Federation annd the National Olympic Committee of Ukraine.

Nadiya Mokhnatska from Ivano-Frankivsk came with a surprise victory on Friday, taking her very first top spot on the World Cup podium. The 24-year-old aerial skier was left speechless, after Australia’s Laura Peel failed to land her jump in the big final, leaving Mokhnatska to reach for the best result of her career.

In the big final Mokhnatska perfectly landed her lay-full, and while it wasn’t the most difficult jump in the women’s competition, Mokhnatska’s execution boosted her score up to 73.66 points and at the end of the day it was just enough to put her on top of the podium.