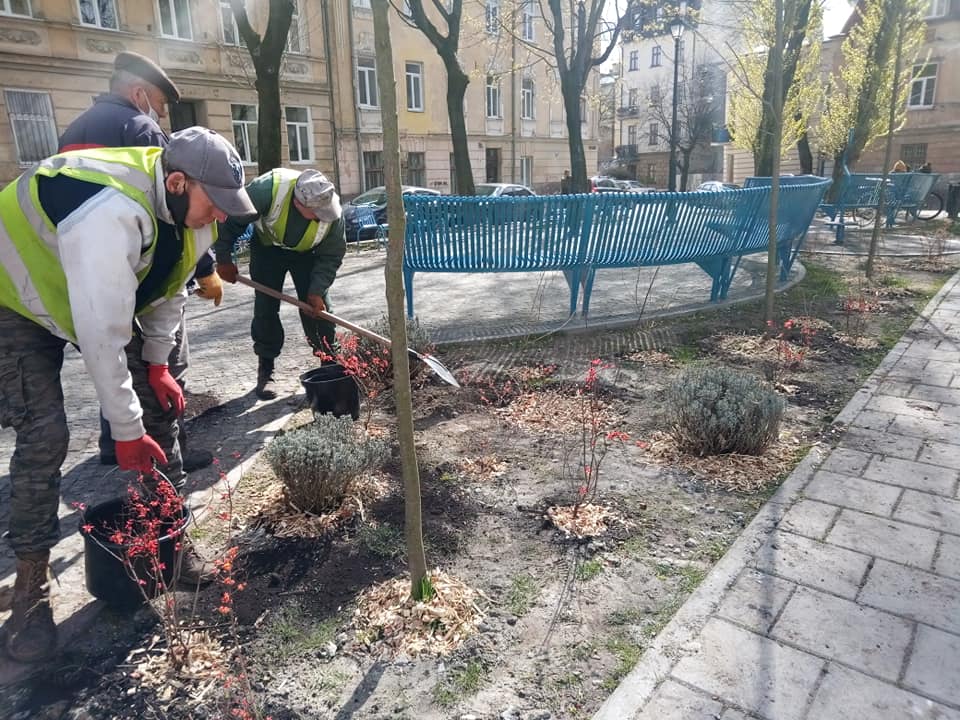 Urban renovation efforts driven by the public reshape the squares in downtown Lviv.

As we travelled to the city of Lviv last month, we spotted a few renovated squares – oases of shade and calm in the busy downtown neighborhood. We learned that the renovation was designed by Urbanideas, a Lviv-based group of architecture and urban design professionals that we interviewed earlier. The projects were commissioned by the Halytska district administration of the city of Lviv, and funded through participatory budgeting. We take a look at what came out of the joint effort.

City square on Vicheva street, renovated in 2020. “There used to be steps on two entrances to the square, and many bypassed them, also bypassing the square. As they were replaced with ramps, people now immediately walk into the square after they cross the street,” Urbanideas describe some of the changes to the square.

“Stone and cobblestones replaced the asphalt pavement. There are new benches and street lights. More greenery was planted. Pink flowering horse chestnut trees form the principal structure of the square, and the mood comes from ornamental grains and weigela shrubs – perennials tolerant to the shade of the square.”

“Also, dense shrubbery was removed, and 15 new trees were planted. All large acacia trees that were healthy, were kept, and young chestnut trees will grow in their shade replacing them over time when the acacias grow old,” the urban design professionals say.

City square formed by Rybna and Chornomorska streets, renovated in 2019. Last year, the greening efforts in the square included planting of pink flowering horse chestnut trees, and shrubs including weigela and perennials tolerant to the shade. “Over 150 shrubs were planted all together. They are deutzia, spiraea, hydrangea, lavender, cotoneaster, and vinca,” Urbanideas say.