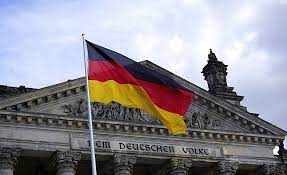 Bundestag insists on ending sanctions against Russia and starting negotiations on Nord Stream 2.

The Bundestag insists on ending sanctions against Russia and demands the start of negotiations on the pipeline “Nord Stream 2” to ensure gas supplies to Germany.

This was reported by Klaus Ernst, an economic expert of the parliamentary group of the Left and the head of the Committee on Climate Protection and Energy, to the Rheinische Post.

Against the backdrop of the energy crisis, he said, the federal government must do everything possible to ensure the country’s energy supply. Ernst believes that in order to do this, despite the war that violates international law, it is necessary to talk to Russia. If necessary, put Nord Stream 2 into operation for a limited period of time, if the supply of gas cannot be guaranteed in any other way.

In his view, supply disruptions could cause irreparable damage to German industry, so gas rationing for industry must not be allowed. Consequently, the government must ensure that energy prices are kept in check by increasing supplies, including from Russia.

Ernst also called sanctions ineffective: “Energy policy sanctions do not work. They are supposed to slow down Russian forces, but the war goes on.”

The politician asserted that energy sanctions are beneficial to Russia. This means that although less is being sold, the revenues from these sales are generally higher. Russia continues to make good money from its raw materials, while the Germans suffer from a completely false sanctions policy.

Earlier, German President Frank-Walter Steinmeier said that the world is “on the threshold of a new era” because after the war in Ukraine it will be impossible to engage in politics and business, “nothing seems to have happened.

At the same time, German ex-Chancellor Angela Merkel does not consider her decision to allow the construction of Nord Stream 2 unjustified.

Also for the first time in history, in June, the European Union imported more gas from the United States than from Russia through its pipelines.