Hungary asks Russia to help in a language dispute with Ukraine 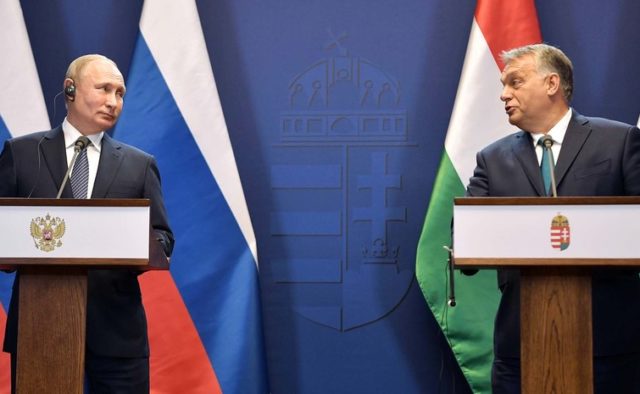 The Hungarian Parliament turned to the Russian State Duma with a request to combine efforts and protect the rights of linguistic minorities in Ukraine.

The State Duma, for its part, called on the European Parliament, the OSCE and PACE to study the situation with the rights of national minorities in Ukraine, said the speaker of the Russian parliament Vyacheslav Volodin.

According to the Russian politician, the Hungarian Parliament asked the State Duma to combine efforts in order to “defend the rights of minorities, primarily to study their language”. He claims that after Ukraine adopted the law on the language peoples living in the country are “deprived of this right”.

It should be noted that there are no prerequisites for Hungarian separatism and further autonomy in Ukrainian Transcarpathia. Moreover, the region has its own special features, in particular, according to the ethnic composition of its residents.

However, Hungary continues blocking cooperation between Ukraine and NATO, due to the Ukrainian law on education, which, according to the diplomat, “violates the rights of ethnic Hungarians.”

In this regard, the Embassy of Ukraine in Budapest appealed to the Hungarian side to check the mentioned information and received the reply that, given that the National Assembly of Hungary did not approve such statements, they could neither orally nor in writing pass such information during the Hungarian-Russian talks at the level of the parliaments.

According to the spokesperson of the Ministry of Foreign Affairs of Ukraine, she believes that Hungary, which is a member of the EU and NATO, supports Ukraine against the Russian aggression, will not conclude any alliances with the aggressor against Ukraine and will also respond to such information.