Home » On protection of Ukraine’s sky and partners’ assistance: Myth and Reality

On protection of Ukraine’s sky and partners’ assistance: Myth and Reality 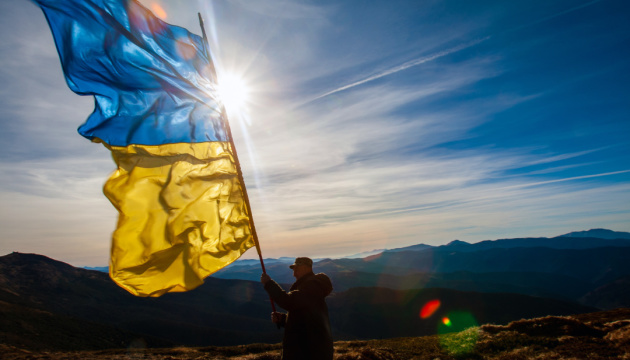 Hanna Malyar, Deputy Minister of Defence of Ukraine has made the following clarification on myth and reality in protection of Ukraine’s sky.

The Air Force of the Armed Forces of Ukraine would like to draw attention to incorrect information published in many Ukrainian and foreign media about the situation in the sky of Ukraine, as well as about the support of Ukraine by our allies.

So while the Ukrainian people are defending their country against Russian aggression, we ask journalists of all countries to be careful and not to support the Russian army by disseminating inaccurate information.

Myth: Ukraine’s military gains on the ground are enough to win.

Truth: Air superiority is a decisive factor in this war.

Airspace control has played a key role in all wars since World War II. Air dominance means a rapid and accurate strike on enemy troops, logistics centers and other important facilities. It is extremely powerful fire support to the ground and naval forces.

Myth: The Ukrainian Air Force has weapons to effectively defend the country against Russia.

At present, the Air Force of the Armed Forces of Ukraine cannot completely protect the sky over Ukraine and gain an advantage over Russia in the air. The Russian Aerospace Forces significantly surpass the Ukrainian Air Force in number and in advanced technologies. Because of this imbalance, the Air Force of the Armed Forces of Ukraine from the very beginning of the war urgently asked Western partners to provide the more advanced fighters and air defense systems to Ukraine. Besides, the Air Force is suffering losses; more and more equipment is being destroyed by Russian troops or is breaking down during operation. Therefore this need is becoming increasingly acute.

Myth: “Stingers” or other MANPADS compensate for the lack of aircraft and weapons.

Truth: To repel attacks of Russian aircraft (including cruise missiles) in the sky, Ukraine needs both fighters and anti-aircraft missile systems of medium and long range.

Man-portable air defense systems, such as “Stinger,” have a limited targeting range (up to 5 km) and functionality, and cannot compensate for the lack of modern fighters and anti-aircraft missile systems of medium and long range. Kamikaze drones are designed to hit ground targets and therefore cannot cope with Russian aircraft and missiles.

Myth: The United States and NATO provide Ukraine with the necessary weapons. The allies are doing everything possible, except direct participation in the war.

Truth: To date, our allies have not responded to our call for air defense systems (fighters and SAM).

We have not received the weapons we need to defend our skies and win, apart from previously provided short-range portable anti-aircraft missile systems.

Fighters are most needed in the sky. Under these conditions, it would be enough to provide the Air Force with 4th+ generation F-15s and F-16s. Ukrainian pilots will be able to fly them after 2-3 weeks of training. Unlike Soviet MiG-29s, these fighters are equipped with the best technologies including modern radars and missiles that are also used by the enemy.

Ground-based air defense systems will be able to prevent air and missile strikes. Russia has fired more than 1,000 ballistic and cruise missiles and dropped hundreds of tons of unguided bombs on Ukrainian cities and villages. Most of them could have been be intercepted if the Ukrainian sky had been protected by the necessary number of modern air defense systems.

Currently, Ukraine has at its disposal S-300 (SA-10) long-range anti-aircraft missile systems and Buk-M1 medium-range missile defense systems. However, these are outdated Soviet-era systems that are much worse than Russian ones, such as S-400s and others.

Patriot systems (USA) or cheaper and more mobile NASAMS systems (Norway) would best serve to defend airspace over Ukraine. Actually Ukraine would not mind the Soviet systems S-300, and Buk-M1, which are also effective in combating the enemy.