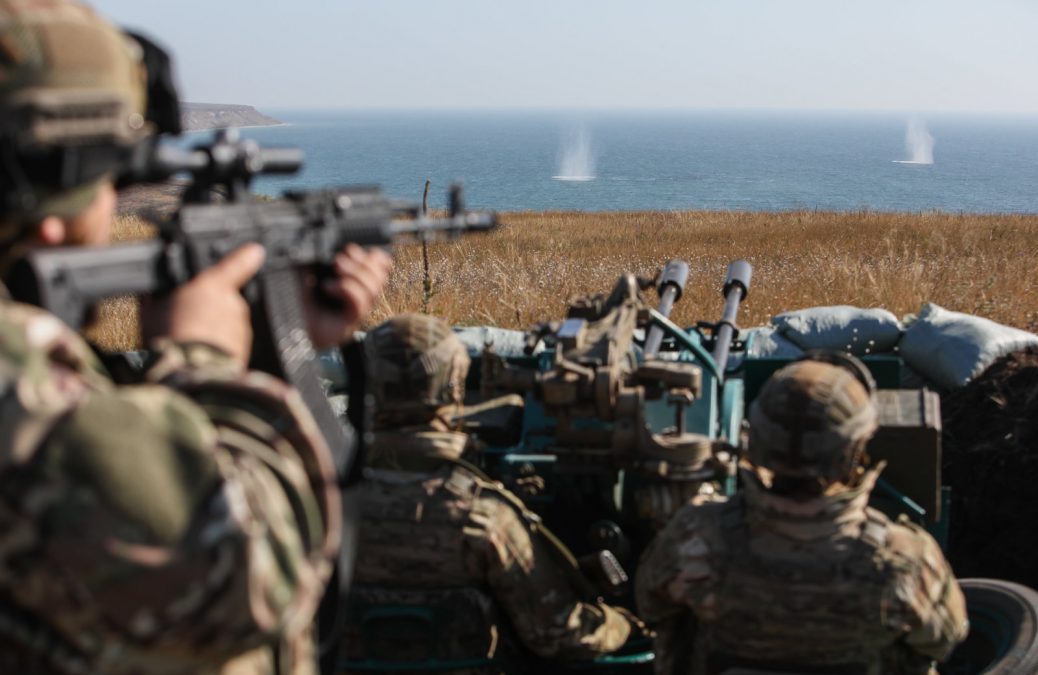 Dangerous processes can begin in Ukraine at the end of this week. They can assume a threatening nature from the third decade of the month. The Kremlin may try to realize their long-standing “isthmus scenario,” using several pretexts at once. Such “complex forecasts” were made by military columnist and blogger Oleksiy Arestovich on the UAportal.

Judging by what is happening, including an alleged attack on Mariupol by the Armed Forces of Ukraine announced in the “DPR”, I think that this can be the launch of the Azov-Crimean isthmus scenario. Russians have long been prepared to launch it, but with no dates set for it so far.

Now, when there is a date of the Unifying Orthodox Council, I think we can expect that around December 15, some actions will begin in our country, such as members of the Orthodox Church will revolt; they will not allow a schism, and so on.

If these scenarios are successful, then around December 20, perhaps, the actions in Donbas will be taken. These actions will be taken on a bright shining lie that ‘the Armed Forces of Ukraine are provoking, and we are only responding to their provocation’. And, perhaps, Russia will try to use some chess moves near Berdyansk, Mariupol and the Crimean isthmus, because the problem of water and water supply of Crimea is very acute.

I do not think they will resort to an open invasion. But the following scenario is possible: local self-defense forces will begin to establish other “people’s republics” under the pretext of tiredness from a religious conflict and economic lawlessness of the Kyiv’s authorities. And Russia will come to the rescue of its Orthodox brothers.

That is, a key question is: what will Russians do in connection with Tomos in our country by the end of December?

It is not strange that Hrytsak says that in the event of a religious conflict in Ukraine, there is a threat of open Russia’s invasion (SBU head Vasyl Hrytsak said that “Russian special services resort to targeted inspirations for inter-confessional conflicts in Ukraine in conjunction with provocations of direct terrorist action,” which according to him, “may set a context for the open military invasion of the RF armed forces into our country,” UAportal).

By the way, this preventive measure – a ban on adult Russian males from entering Ukraine – is also intended to keep Orthodox monks and infiltrators away from Ukraine.

Therefore, a very serious aggravation may happen in Kherson, Zaporizhzhya and Donetsk regions by the end of December. And then the logic of all Russia’s actions, including the seizure of seamen, will fit into this scenario. And the reason will be religious unrest in Ukraine.

So, the forecasts are complex. And the scenario of a military and civil aggravation is highly probable. Riots, seizures of administrative buildings, showdowns, etc.