Home » The mysterious Debaltseve railway hub: handed over or captured?

The mysterious Debaltseve railway hub: handed over or captured? 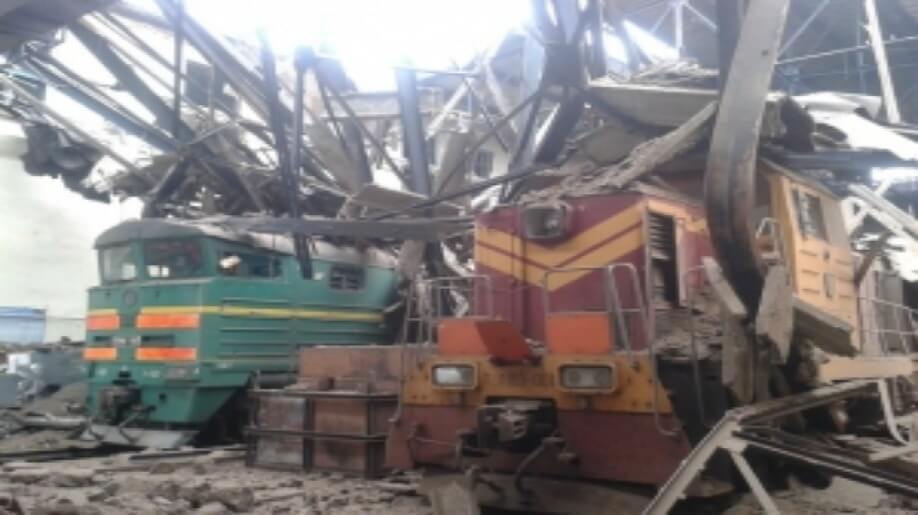 The General Staff of the Armed Forces of Ukraine has maintained that Debaltseve is a vital transportation hub and that keeping it under Ukrainian government control was important. Due to President Poroshenko’s goal “to save lives” and in accordance with the Minsk agreements, it was decided to withdraw Ukrainian troops from Debaltseve.

On February 17, 2015 right before the “organized withdrawal” from Debaltseve, Defence Ministry Department Deputy Head Sergiy Halushko informed that the Debaltseve railway hub had been destroyed by Ukraine forces and lost its transportation significance. In addition, prior to the “organized withdrawal” of Ukrainian troops from Debaltseve, the military chief of the General Staff Viktor Muzhenko had sent President Poroshenko a report that the transportation hub in Debaltseve had been inoperative for 8-9 months.

After the withdrawal of Ukraine’s forces from Debaltseve, the Russian proxies easily occupied the town, despite the Minsk agreement on the ”ceasefire” regime and the requirement to withdraw troops from the both Ukrainian and Russia-backed sides.

But, even this fact was not as critical as what became known later. The real mystery happened when, on March 4, 2015, the first echelon of Russian troops supplied with arms and ammunition arrived in Debaltseve from Russia!. This information has been confirmed by the senior staff of the ATO command, as reported by Yuriy Butusov. He also admitted, that it is not expected that the Head of the General Staff of the Armed Forces of Ukraine Viktor Muzhenko will be held accountable for not reporting accurate information.

Soldiers among the Armed Forces of Ukraine claim that the reported ”organized” withdrawal from Debaltseve was questionable. Witnesses also fear that much more Ukrainian servicemen have been killed during Debaltseve withdrawal operation, than official site of the President of Ukraine says. A soldier’s testimony is as follows: ”During withdrawing from Debaltseve…we were saved by our detachment’s commander. He gave the UAF soldiers orders to fire mortar in his direction, which forced the enemy to retreat. This gave our medics 10-15 minutes to come in and evacuate us. Their vans were small, so they loaded the dead first and then they lay the injured on top of them.”

Finally, journalists reported that much of the equipment was neither withdrawn, nor destroyed by Ukrainian troops while breaking out from Debaltseve. Being left by Ukrainian forces, it all passed to the Russian proxies’s hands, who entered the town right after Ukraine Armed Forces left it.

Well, the equipment may cost nothing when the initial goal is to ”save lives”. But three weeks have passed and the number of saved lives in Debaltseve is unclear. Moreover, the real number of victims among Ukrainian soldiers is unknown too. In the meantime, news about the horrible number of Debaltseve victims among civilians ”500 hundred bodies found in homes and basements where people took shelter…” went viral among Ukrainian media only when U.S. Permanent Representative to the United Nations Samantha Power released it during the live UNSC session yesterday. Another ”mystery”?

Nowadays, Russian forces in the conflict zone in eastern Ukraine could be easily supplied with modern Russian weaponry directly through the Debaltseve railway hub, so how many new Ukrainian lives will be lost?

Given the above mentioned information, was the Debaltseve railway hub captured by Russian Armed Forces or was just handed over? Sooner or later we must get the answer.

P.S. This publication aims not criticize, it is written with the hope that accountability exists and Ukraine officials will find those who are guilty.

EMPR: O. R. and O. W. contributed to this publication.