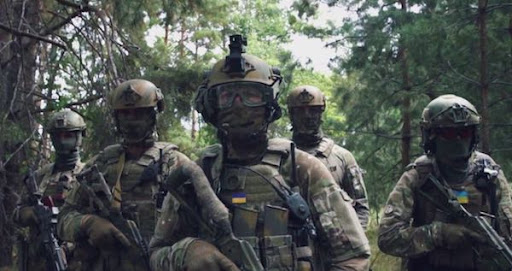 The Minister of Defense of Ukraine ordered to penalize servicemen and deprive them of bonuses for retaliatory fire against the Russian occupants.

The Ministry of Defense ordered to penalize servicemen of the Armed Forces of Ukraine for retaliatory fire against Russian troops and to penalize officers for “unjustified combat losses”, thus officially equating the defense of the Motherland to an administrative offense. This can be deduced from sensational and shameful  Order No.330 of the Minister of Defense of Ukraine Andriy Taran of September 16, 2020, which was announced at all military units on the front and has caused an outburst of Ukrainian soldiers’ indignation. This order is the basis for taking legal action against Taran himself, President Zelensky and Commander-in-Chief of the Armed Forces of Ukraine Khomchak, if they dare to demand that the treacherous requirements of their order be fulfilled, and if they do not immediately cancel it.

It’s hard to believe, but this order is real (Censor.net received it from its sources).

Here is the key part of the order:

– cases of disease recorded during the performance of official duties caused by poor hygiene, injuries caused by safety violations, suicides and unjustified combat losses among personnel;

– opening fire (including retaliatory) without an order from the relevant commander (chief), except in cases of military necessity.”

“The amount of remuneration for commanders of squads, platoons, companies (batteries), battalions (divisions) and brigades depends on the number of recorded violations committed by subordinate personnel per month.

In other words, award is given to the army during the war so that it does not shoot and does not violate the ceasefire, and if a soldier opens fire, including retaliatory, he can be fined and deprived of the award!

The order contradicts the Constitution of Ukraine and legislation, which require to defend the country against the aggressor. And this something that is simply unheard of in any NATO member country.

Why did they do that? Actually, Zelensky, with the hands of Taran, equates the defense of the Ukraine to an administrative offense rather than penalize.

The norm is amazingly established – it is forbidden to return fire on the enemy.

The only purpose of this treacherous prohibition is to equate the conduct of combat operations by the Ukrainian army to an administrative offense.

Only a serviceman who performs combat missions and not insane officials from the capital’s offices may determine the need for retaliatory fire.

In what NATO standard is this provided for? In which NATO or any other army are such orders valid?

I just call Order No. 330 a step towards treason and demonstration of the complete professional inadequacy of the leadership of the Ministry of Defense, the Armed Forces of Ukraine and the Supreme Commander-in-Chief  Zelensky. They demonstrate their low awareness of war and the military. Besides, the military leaders are pandering to Zelensky trying to help him in implementing his crazy idea of ​​stopping the Ukrainian army from shooting at the invaders at any cost.

In fact, they want to bribe the army and force them to abandon any attempts to shoot. This is real capitulation, real work for Russia.