Home » The Maidan cases: A lawyer of the fugitive president Yanukovych may become deputy head of the State Bureau of Investigation of Ukraine

The Maidan cases: A lawyer of the fugitive president Yanukovych may become deputy head of the State Bureau of Investigation of Ukraine 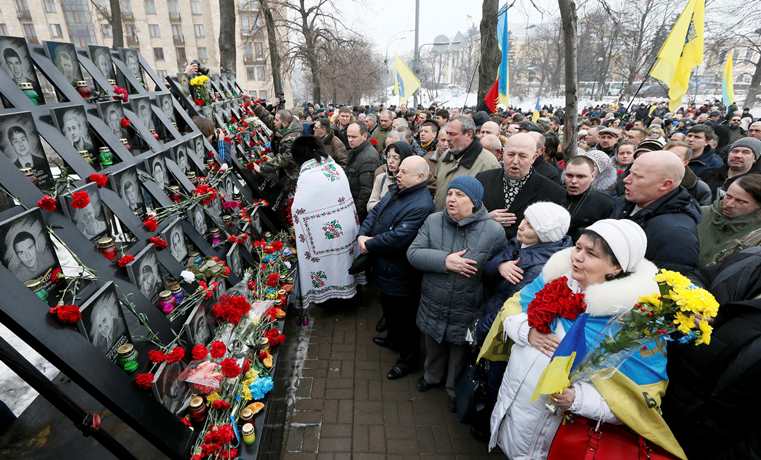 Oleksandr Babikov, lawyer of the fugitive president Viktor Yanukovych,may become deputy head of the State Bureau of Investigation (SBI). The deputy will be entrusted with an audit of the Maidan cases, as reported by NGO Family of the Heavenly Hundred Heroes.

Families of the Maidan victims and their attorneys, people who participated and were wounded during the Revolution of Dignity are reported to have met with the SBI Head Iryna Venediktova on January 14.

“On January 2, we filed an appeal objecting to the appointment of persons with a conflict of interest to administrative positions. At the meeting, we tried to clarify these issues. In particular, rumors about appointing Yanukovych’s lawyer Oleksandr Babikov to the SBI deputy head. Unfortunately, there was no refutation,” the report reads.

Venediktova noted that he would be appointed if recommended by a selection committee and passing a background check.

“Later we found out that Babikov was already undergoing a background check. And the selection committee, whom we also asked, did not notice Babikov’s conflict of interests related to his legal activity. They say that Babikov is not Yanukovych’s personal  lawyer; he only studied his case file. A lie detector did not find any obstacles for Babikov’s position either,” the report reads.

Oleksandr Babikov is known to have actively defended Yanukovych, especially, in the case of killings and violence against protesters in the winter of 2014. Babikov drafted and signed procedural documents in the interests of Yanukovych, participated in court hearings, challenged investigators’ actions. Babikov worked at AVER LEX JSC together with lawyers V.A. Serdyuk, O. Horoshynsky, I.L. Fedorenko (Horoshynsky also defends the Berkut people in the case of shooting in Instytutska Street).

We will remind you that the SBI set up a unit to investigate the crimes committed during the Revolution of Dignity. The Prosecutor General’s Office submitted over 20 proceedings to the SBI. They concern the killings performed by security forces, Viktor Yanukovych’s criminal organization and the so-called Maidan judges.

On December 24, 2019, President Volodymyr Zelenskyy signed amendments to the law on the SBI, which provides for the transfer to the SBI of investigators and prosecutors who investigated the Maidan cases in the Prosecutor General’s Office.