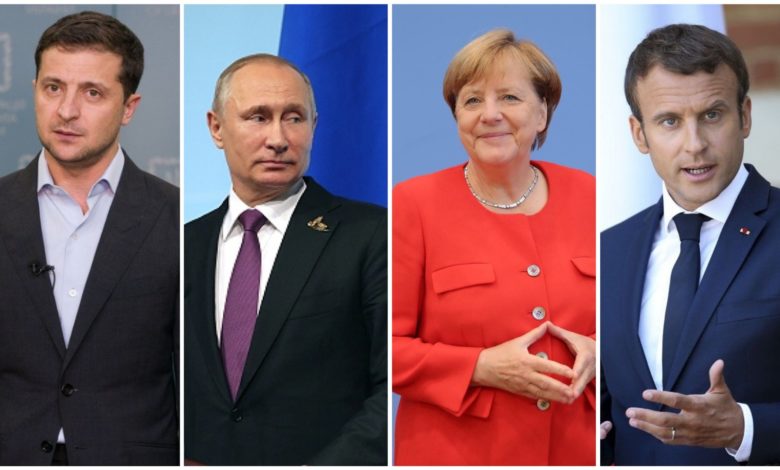 The Normandy Four leaders will sign a document on prospects of political settlement of the conflict in the war zone in eastern Ukraine (Donbas) at the summit in Paris on December 9.

Russian Presidential Spokesman Dmytro Peskov confirmed that the Normandy Four would approve the document on Donbas at the Paris summit, but he did not say whether it would be declaratory or binding.

The leaders of Ukraine, Russia, Germany and France, based the Normandy-format summit’s outcomes, will be offered to sign a framework document containing a list of steps to resolve the situation in Donbas under the Minsk agreements.

According to an informed source, the draft document has already been prepared and agreed upon.

The document will be based on the so-called Steinmeier formula, which was agreed by TCG earlier. A list of steps is envisaged for its further implementation by the parties in order to launch a political process in the region through holding local elections under international control after a special status is granted to certain regions of Donbas and is further consolidated after the publication of the OSCE ODIHR Election Report.

According to the source, the document does not contain any specific steps toward the immediate transfer of control over the border section in Donbas to Ukraine.