Home » The government of Ukraine promises monthly assistance for IDPs, children and employers

The government of Ukraine promises monthly assistance for IDPs, children and employers 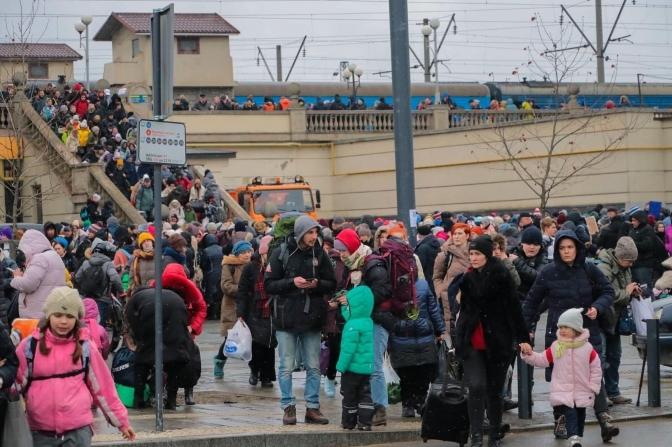 Every internal displaces person (IDP) in Ukraine will receive a monthly minimum allowance of 2,000 hryvnias under a program of helping Ukrainians that have been forced to flee their homes because of the war.

This was announced by the Prime Minister of Ukraine Denys Shmyhal. According to him, the support program covers three main areas: money, work and housing.“The state will pay each IDP in Ukraine a minimum monthly allowance of 2,000 hryvnias.

Simply through the “Diya” application to the bank account. Without extra paper work. Without bureaucracy. To those who moved from areas of active hostilities.

3,000 hryvnias will be also paid for each child that was forced to move to safer regions because of the war and all these horrors,” the prime minister concluded.

The government is also launching an employment program for the IDPs. The state begins issuing payments to those employers who hire IDPs from the affected regions.
“6,500 hryvnias for each employee. These funds will be spent by employers for the salaries of these employees. I want to address the entrepreneurs again. The state supports you in your desire to continue working where it is possible. Complete deregulation to support business, tax simplification, affordable loans. Now the state bears part of the cost of wages to those people who need work. So, let’s work!” says Shmygal.

He urges everyone to start working, hire people and provide them with jobs. The prime minister reminded that a week ago the government had already decided on a mechanism of utility fees reimbursement to communities that provide free shelters to IDPs in schools, kindergartens, community centers and public institutions.
“We are now working on supplementing the program so that families hosting IDPs can also receive compensation for utility bills. All those who responded to the hardships the IDPs faced and provided free shelter to the displaced will receive 450 hryvnias per month for each of those they helped, to compensate the utility fees,” – said the official.