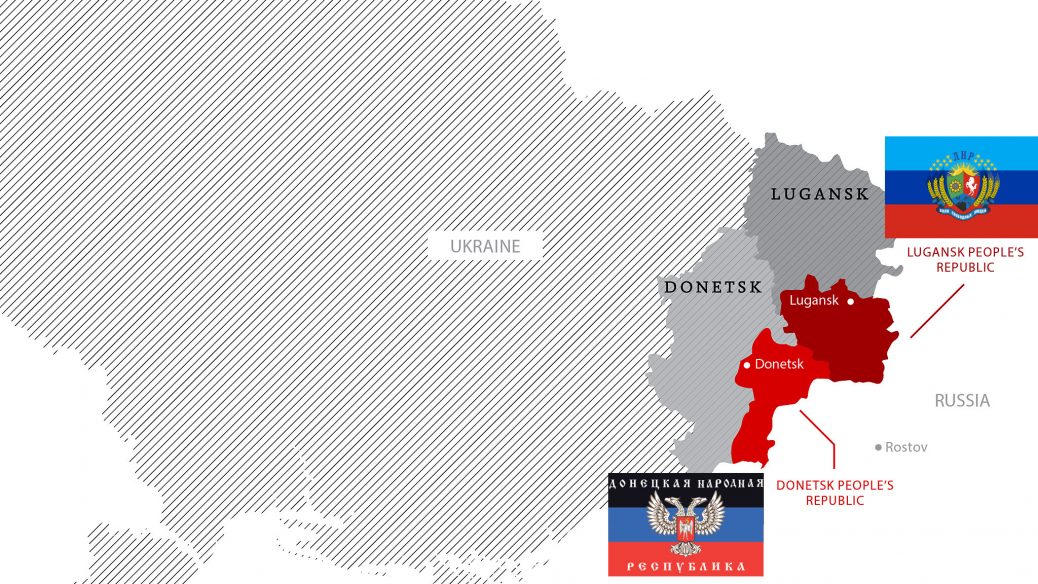 EMPR launches campaign for the US State Department to designate the Donetsk and Luhansk People’s Republics as Terrorist Organizations.

ISIS, al-Qa’ida, Hezbollah, Boko Haram, Abu Sayev and dozens of other groups have been designated as “foreign terrorist organizations” by the United States Department of State under Section 219 of the Immigration and Nationality Act.

That Act has three criteria that must be met in order for such a group to be so designated:

Section 1182(a)(3)(B) defines “engage in terrorist activity” to include: inciting, preparing, planning or gathering intelligence on targets of, or material support for, terrorist activities.

Once a group is designated under the Act, it becomes an international pariah because

(1) those associated with the organization can no longer travel freely,

(2) anyone who provides material support to the organization is committing a federal offense, and

(3) the organization’s financial accounts are frozen in U.S. financial institutions.

Many of the designated terrorist organizations are state-sponsored proxies or supported by nation states such as Iran, Syria and Sudan, and many are also under United States sanctions, along with their leaders.

Their operations are terrorizing entire cities, causing a mass exodus of refugees, and destabilizing legitimate civilian institutions. Almost daily, and in violation of the Minsk Agreement, they have continued to use heavy weapons to fire mortars and cluster munitions, wounding and killing civilians and Ukrainian soldiers.

Designating these groups as terrorist organizations will enhance the sanctions imposed by U.S. and EU governments and let the world see them for what they are – terrorists.

This will send a powerful message across the world that terrorists and aggressors cannot act with impunity to undermine democratic governments and terrorize civilian populations.

On January 5, 2019, EMPR sent the following letter to Secretary of State Michael Pompeo requesting that the State Department designate the DPR and LPR as terrorist organizations in order to complement and strengthen the sanctions already imposed on the leaders of those groups and related militas.

In the coming weeks, we will be working with political leaders in the United States House of Representatives and Senate to support our request to designate the DPR and LPR as terrorist organizations.

The US Congress has demonstrated bipartisan unanimity for its support of Ukraine, and several leaders have been very receptive to our campaign.

Moreover, we will be urging social and mainstream media to take up this campaign in every way possible.

Finally, we are urging political leaders in Ukraine and across Europe to join us in demanding that the DPR and LPR be properly designated with their true label – “terrorist organization,” so the world will know that they are pariahs, just like ISIS, al-Qa’ida, Hezbollah, Boko Haram, Abu Sayev, which must not to be supported or recognized in any way whatsoever.

Please join in this campaign by spreading the word, exposing the DPR and LPR as terrorist organizations, and demanding that political leaders move quickly to make these designations happen.