Forbes estimated the losses of Ukrainian billionaires due to the war 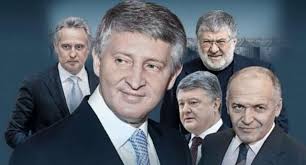 The American magazine Forbes Ukraine has updated the global rating of billionaires. The fortune of the richest Ukrainian, oligarch Rinat Akhmetov, was estimated at $4.2 billion.

There are seven representatives of Ukraine in the global list:

Forbes estimates that Viktor Pinchuk’s fortune has decreased from $2.6 billion to $1.9 billion. $900 million is in real estate abroad, about $0.5 billion is in cash and other liquid assets. Zhevago’s fortune fell by $0.8 billion to $1.3 billion due to a decline in the value of Ferrexpo’s shares.

According to Forbes, Oleksandr and Halyna Gerega, as well as Petro Poroshenko, lost the status of billionaires after the start of the war.

Grammarly co-founders Alexey Shevchenko and Maxim Litvin are listed as citizens of Canada. There has been no change in their fortune. Forbes estimates it at $4 billion each.