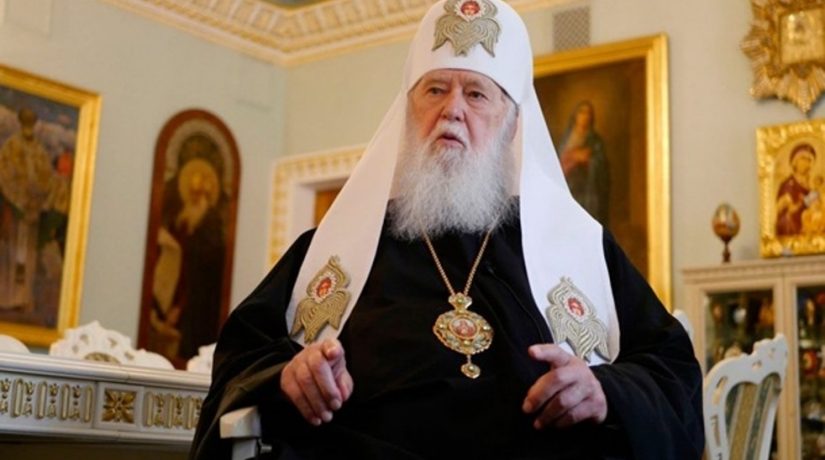 Honorary Patriarch of the Orthodox Church of Ukraine Filaret declared that he did not accept Tomos.

Filaret declared that at the forum of the Ukrainian intelligents, hromadske reports.

Honorary Patriarch said that he had not previously been acquainted with Tomos’s content.

“We do not accept this Tomos because we did not know the content of the Tomos that we were given. If we had known the content, then we would not have voted for autocephaly on December 15. Because we do not need to move from one dependency to another,” Filaret said.

“If we abolish Kyiv Patriarchate, then only the Moscow one will remain in Ukraine,” he added.

As the BBC writes, Filaret also convenes a local council of Kyiv Patriarchate on June 20.

“We are convening a local council, where we will not approve the decision of the council held on December 15, 2018. It means that it is not obligatory to us. By this we will show that Kyiv Patriarchate has never stopped existing. We convene the cathedral on June 20,” Filaret announced.

We will remind you that on December 15, 2018, the unification council established a single local church in Ukraine and elected its head. On January 6, 2019, the Ecumenical Patriarch presented Tomos to the Primate of the Orthodox Church of Ukraine.

A conflict in the new Ukrainian church went public in early May. The former head of the UOC (Kyiv Patriarchate) Filaret then stated that he was still the Kyiv patriarch, and the patriarchate itself still allegedly existed. However, the OCU and the Ministry of Justice deny this.

In fact, there is a confrontation for primacy in the church between him and Primate of the OCU Epiphanius. Formally, Filaret is the OCU Bishop and Head of Kyiv Diocese, as well as a member of the executive body of the church – the synod. He has a title of honorary patriarch, but he is recognized only in the OCU.

Early in May, Filaret announced a number of accusations towards Epiphanius, in particular, of non-compliance with certain agreements reached before the unification council on December 15, 2018, and dependence on Constantinople (Ecumenical Patriarchate). Filaret states that a number of Tomos provisions on autocephaly and the OCU statute are not advantageous for the Ukrainian church and urged not to fulfill them.