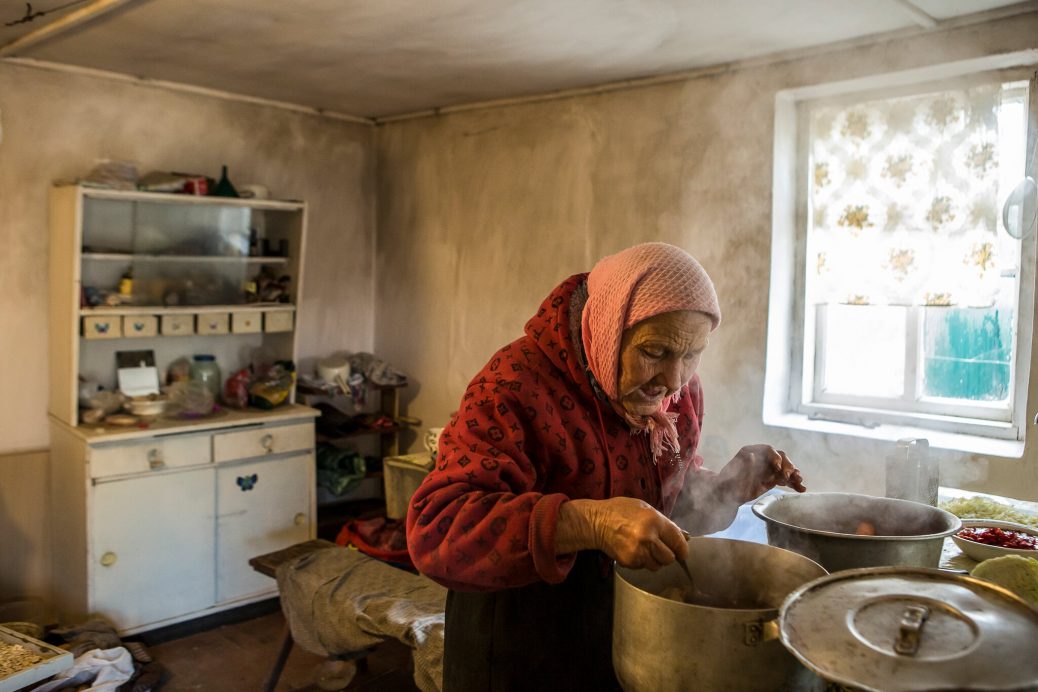 The New York Times has published an article By Maria Varenikova and Andrew E. Kramer “A New Front Opens in the Russia-Ukraine Conflict: Borscht”.

It covers the initiative undertaken by the Ukrainian chef Ievgen Klopotenko who has initiated the process of application to the United Nations’ cultural body, UNESCO, to list borscht as an indispensable part of Ukraine’s cultural heritage.

“A lot of things were taken away from Ukraine, but they will not take our borscht,” said Ievgen.

In Soviet-era culinary gurus and recipe books admitted the origin of borsch as Ukrainian soup. However, after the Soviet fall apart, Russia “expropriated” borsch and called it a Russian dish.

They even used popular social media as a Twitter account to claim that “borscht is one of Russia’s most famous and beloved dishes.”

“Ukrainians see the Russian government, in addition to pursuing a military intervention in their country, as trying to appropriate the entire cultural heritage of the eastern Slavic world for Moscow, on such issues as leadership in the Orthodox Church and historical claims to Crimea” states TNYT. So the borsch debates are just a point on the surface, an indicator of much deeper conflicts between Ukraine and Russia.

Le Monde By Jakub Iwaniuk Posted “Between Poland and Ukraine, feminism without borders”.

Feminists from Poland and Ukraine have established a platform with the purpose to destroy taboos and act upon the same issue on both sides which is patriarchy. The event was a success and discussions were around a key question: “In the difficult Polish-Ukrainian relations, would women be the future of men?” This platform for feminists dialogue attracted attention and had pretty good media coverage – above 20 000 views on social networks.

The author states: “The phenomena of mass migration are not only synonymous with community tensions, but also the object of precious cultural exchanges. Coming to fill the significant labor shortage in a flourishing Polish economy, the arrival since 2014 of a Ukrainian population estimated, depending on the period, between 1 million and 2 million people, gave rise to a start of convergence of civil societies in the two countries, facilitated by cultural proximity and a shared communist heritage.”

“It all started with the need to organize a commemoration,” says project initiator Olga Chrebor. It was the centenary of the pact between Jozef Pilsudski and Symon Petlioura [the father of Polish independence and one of the Ukrainian national heroes]. Like all historical commemorations, it imposed a sort of “male convention” on us. With my colleagues, we said to ourselves: “Why not do this commemoration without the men!” And ideas have come in abundance. “

There are some sensitive historical issues between the two countries and the is no progress observed, even the opposite. In O.Babakova’s opinion, the dialogue was masculinized from the start and she believes that Polish-Ukrainian relations would be much more fruitful if there were more women to be involved.

“Diplomacy is too serious a business to leave to men. This phrase from the former foreign minister of Kazakhstan and ambassador to Paris Akmaral Arystanbekova has become one of the mottos of the “Feminine”.