Home » How the Ukrainian Armed Forces, with the help of Bayraktar, turn off the air defense system and the brains of Moskva

How the Ukrainian Armed Forces, with the help of Bayraktar, turn off the air defense system and the brains of Moskva 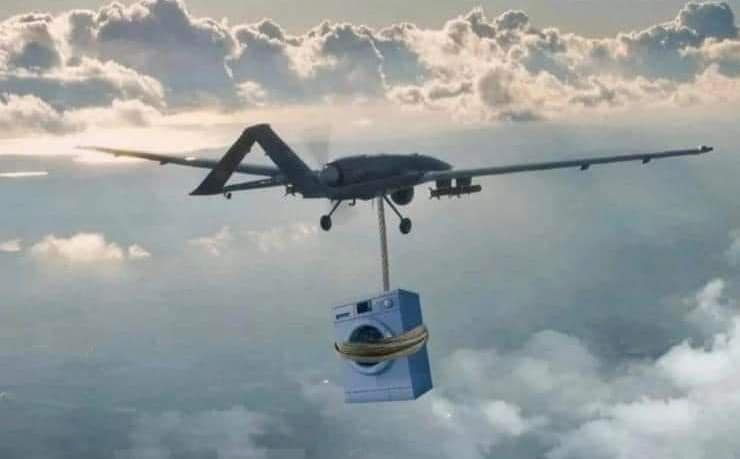 It became known how the Ukrainian Armed Forces, with the help of Bayraktar, were able to turn off the air defense system and the brains of the captain of the Russian cruiser Moskva.

Here are some facts by Vladyslav Olenchenko for the final understanding of what happened.

The cruiser Moskva was created to destroy aircraft carriers. His task was to approach the aircraft carrier group at maximum speed and fire a volley. The total force of the volley with nuclear warheads is five and a half megatons. For comparison, the force of Hiroshima is 21 kilotons.

The crew of the cruiser is 500 people. This is like a battalion tactical group. There are 68 S-300 missiles on board. The ground division consists of six launchers of four containers. In other words, it is about three divisions. Eighteen Vulcan missiles. Comparing to land it is approximately a division of “Iskanders”. This is without nuclear warheads. If considering nuclear warheads then two hundred and eighty Hiroshima. Two “Wasps”. Like two self-propelled installations. One six-barrel 30 mm caliber weapon. Like two platoons of APC-4. Two five-tube torpedoes. Twelve-barrel anti-submarine jet bomber. Like “Grad”. Helicopter. Radar station. REW station. Well, it’s like an airfield located near the frontline of defense.

“Moskva” – the flagship of the Black Sea Fleet. A flagship is a ship in which there are a commander or commander of the connection or association (management (headquarters, services, etc.)) and the flagship command post (FCP), equipped with controls. Staff posts are deployed at the FCP, there are liaison officers of interacting formations and units (ships) of the fleet (flotilla), ground forces and aviation. In overland meaning, it is the headquarters of the front.

Displacement tonnage of Moskva is eleven and a half thousand tons. This is the amount of iron per 250 tanks.

But even this isn’t the main point. The main point is that Moskva covered the transfer of landingparties to Berdiansk and carried out most of the air defense of the Black Sea Fleet. It carried out air cover of blockade ships. It was supposed to carry out air cover and to command the storming of Odessa, which Putin declared as the second part of the special operation. And it also carried out the operations at sea.

NOTHING OF THE ABOVE WILL HAPPEN AGAIN.

Large landing ships can now stand in the port under cover of ground air defense. Or they will be accompanied by Admiral Essen one by one. But I don’t think it will last long. Naval blockade of Ukraine is doubtful now. The Odesa operation is doubtful now. Making the corridor to Transnistria is doubtful now.

That is, it is a failure of the operational command of the front.

And it was all destroyed by one shot.

The loss of the cruiser Moskva is likely to change Russia’s position in the Black Sea. These are the conclusions of British intelligence published by the British Defense Ministry.

It will change the position of the Russian Federation in the Black Sea. That is – in the region. With one shot, Ukraine changed the balance of power in the ENTIRE REGION.

So, now you know what happened, don’t you?