Home » Kyiv region is liberated from the Russian occupiers. What next?

Kyiv region is liberated from the Russian occupiers. What next? 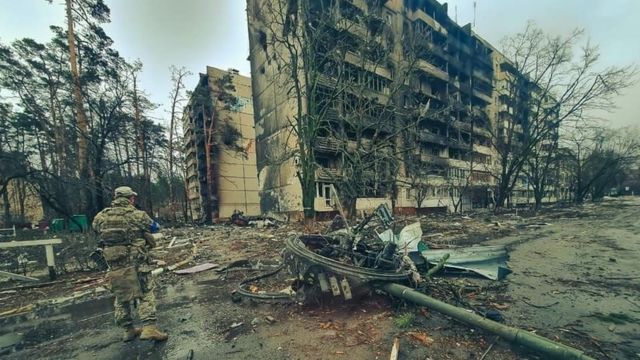 APRIL 2, 2022. Some of Ukrainian experts are happy that military units of the Western, Sumy and Chernihiv groupings of the russian forces have withdrawn.

They shouldn’t be, really.

In fact, the command of the enemy troops is solving the main task on these operational fronts – to keep and withdraw their main forces intact and safe. Their basic focus is on saving the bulk of their military equipment and manpower to the maximum. Especially scarce motor vehicles, special vehicles and specialized equipment.

If anyone notices, the enemy is withdrawing in stages, waging fairly fierce rearguard battles in separate sectors and directions. In some cases, they arrange support for the withdrawal from artillery, aircraft and missiles. Besides, the withdrawal is actively supported by the actions of tactical cover groups specially assigned for this purpose.

Unfortunately, there is neither massive stampede nor unauthorized abandonment of designated positions and lines, with the exception of individual cases and areas.

Together, all this suggests that the enemy has managed to maintain combat command and control of the troops during the withdrawal, as well as to ensure that the withdrawal is orderly.

I repeat, if the enemy manages to break away with its main forces from combat contact with our troops and withdraw them in an organized manner to new areas of concentration on its territory, after a while all these troops, replenished and restored, will appear in completely “inconvenient” places for us.

Given the fact that the enemy still has a certain advantage in long-range weapons, and some air superiority, it may well prevent a similar process in our ranks.

In fact, the further nature and result of the war will be determined by those who will conduct STRATEGIC REGROUPING OF ITS TROOPS more quickly, efficiently and SUCCESSFULLY!