Home » Taste of blood: European diet for the Kremlin beast

Taste of blood: European diet for the Kremlin beast 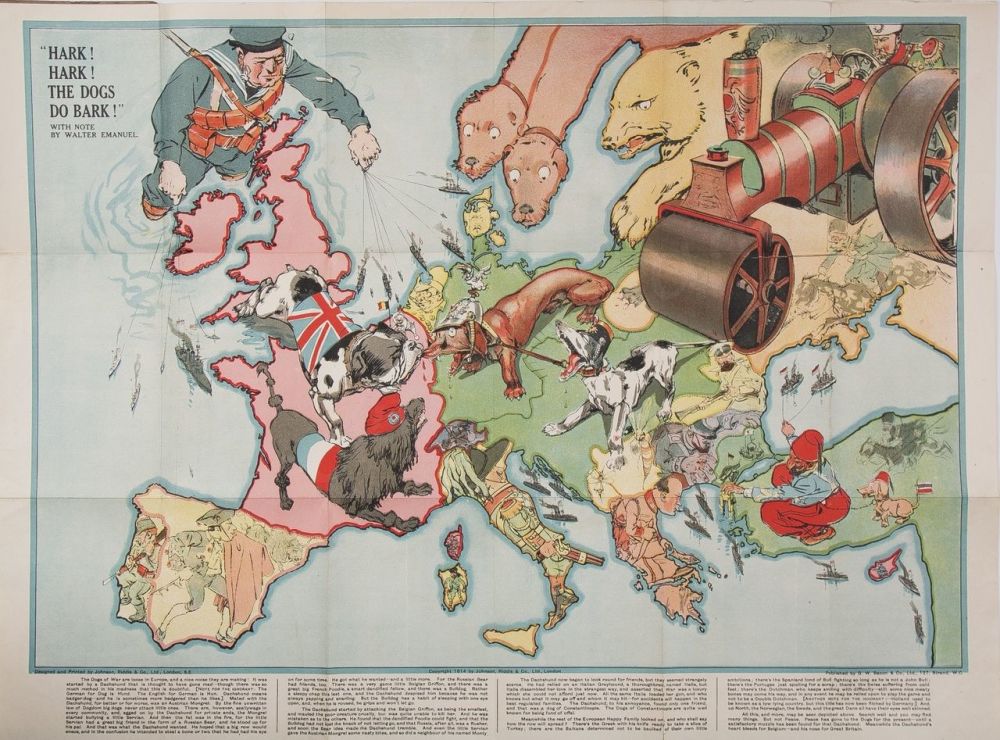 Everything that is happening in Europe points to one historical parallel – a run-up to World War II in an aggressor appeasement phase.

Today, the world is as if in the summer of 1938, when in September the Munich Agreement over the division of Czechoslovakia was signed, and Chamberlain ‘brought peace’.

Russia, which has developed a taste for blood, has recently broken the following international norms directly or indirectly and committed such crimes:

– questioned the entire system of international law by refusing to abide by the Budapest Memorandum, the Belavezha Accords, the Treaty on Friendship, Cooperation, and Partnership with Ukraine, the Ukrainian-Russian agreements of 1997 and 2010, governing Russia’s military presence and the use of military bases in Ukraine;

– questioned the Charter and a number of UN resolutions concerning aggression against other states and respect for human rights, and these are only those that were adopted despite Russia’s continuous veto;

– pointedly refused to comply with resolutions of the Council of Europe, international courts of the United Nations;

– issues its passports in Donbas;

– bombards Syrian civilians to organize a flow of refugees to Europe;

– uses piracy methods in the Sea of ​​Azov;

– intervened in the elections in a long list of countries;

European reaction to these crimes of Russia can be characterized as inconveniently forced, and its forms are such that would allow further cooperation, albeit with some restrictions. But “sanctions do not work”. Maybe they are not strong enough for this?

Recently, Europe has been making permanent concessions to Russia. And indeed, Nord Stream – 2 is under construction, oil and gas fields are being developed, turbines have reached Crimea.

A return of the Russian delegation to PACE resembles a farce in its second, hypocritical form. Russia did not comply with any requirements of the assembly at all. And, judging by the statement of Petr Tolstoy, Deputy Chairman of the State Duma of the Russian Federation, after returning to the Parliamentary Assembly of the Council of Europe, they do not intend to comply with them further.

The reason for this behavior of Europeans is quite simple: Russia does have a lot of money. Not for everyone, though, but it does. For four years in a row, the Kremlin has been accumulating truly enormous funds for foreign policy corruption at the cost of total impoverishment of its population.

The intention is simple – to achieve their goals before the Russian society explodes.

What does this lead to? Rumor has it that the Kremlin receives projects and resolutions of European structures on, for example, Nord Stream before the governments of many European countries.

This behavior of Europe is not surprising; it is enough to recall the history. After 1938, the “appeased aggressor” began World War II and by 1941 all European countries, without exception, were occupied, became allies, or cooperated with the Third Reich with varying degrees of intensity. The only exception then was, and seems to be now, the UK.

Seventy years without war proved to be a difficult test for European society, which denies the very possibility of aggression against it. Indeed, there is NATO, there is Article 5 of the collective agreement, which says: “an armed attack against one or more of them in Europe or North America shall be considered an attack against them all and consequently they agree that, if such an armed attack occurs, each of them, in exercise of the right of individual or collective self-defence recognized by Article 51 of the Charter of the United Nations, will assist the Party or Parties so attacked.”

This is where a serious mistake lies. One can hardly believe that Russia, which has already broken all the possible and impossible, will stop short of violating an article of the NATO Charter.

If the Munich Agreement repeats against Ukraine, Europe will receive a repetition of the events of the forties of the 20th century – a “strange”, or maybe even a real war.

No one has canceled and is not going to revise the basic Russian principles: “the Baltics is ours”, “the Balkans is ours “, “wash the boots in the Indian Ocean”, and Constantinople is just sacred. You think it is an exaggeration?

No way, because an empire, which is not increasing in size, self-destructs and the Kremlin has always been perfectly aware of this.

Moreover, the entire infrastructure for such Russian actions in Europe has already been prepared, and a referendum in the Netherlands, Brexit, Catalonia and the yellow vests has not taught anyone anything.

W. Churchill, who many years ago formulated the “appeasing” behavioral model of today’s Europe, seems to have been right: “An appeaser is one who feeds a crocodile, hoping it will eat him last.”

And his other quotation explains why this fascinating process of snarfing a victim takes place: “The only lesson of history is that mankind is unteachable.”