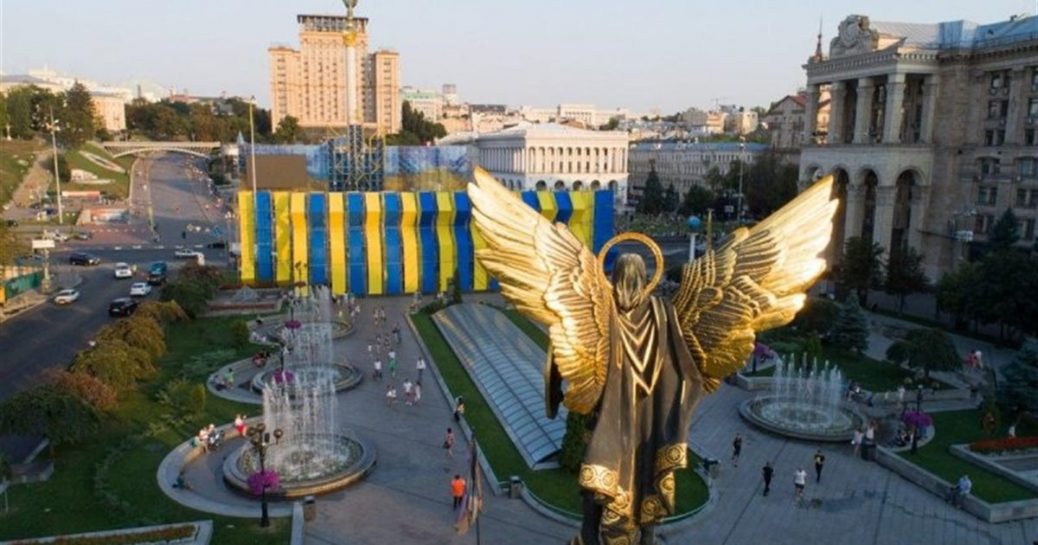 The Free and Independent State of Ukraine celebrates 30 years of its existence. Over three decades of post-Soviet existence, Ukraine and the Ukrainian people have experienced a lot of trials and victories. This path, from one of the main components of the totalitarian state of the USSR to today’s independent Ukraine, was not easy.

Our history is one of the most ancient in the world. According to archaeologists, one of the first archaeological cultures on the territory of Europe was the proto-Ukrainian culture of Trypillia  – 2650s BC. And this history has always been the history of struggle of the Ukrainian people for a better future for their children, for their land, for their freedom! Over the past 300 years, the Moscow Tsardom has been brazenly and cynically attempting to appropriate the millennia of the history of Rus-Ukraine, but has managed to steal neither our historical name – Rus, nor our language, nor our culture. Soviet and then Russian propaganda tried to negate the great milestones in the history of the people of Ukraine…

Let us recall the Zaporizhian Sich, which is rightfully called the first democratic union in the world, one of the first constitutions in the world – the constitution of Pylyp Orlyk, created back in 1710, that is, half a century earlier than the US Constitution, or the antiquity of the Proto-Ukrainian language, the inscriptions in which were made on the walls of St. Sophia Cathedral  in Kyiv more than 1,000 years ago, and the capital of Ukraine, according to different historical sources, has existed  as a stone city for more than 2,000 years!

Over the thirty years of its existence, Ukraine has had six presidents, there have been several attempts to change the country’s political course, and the country has repeatedly proclaimed fight against corruption. As a legacy from Soviet Ukraine, in 1991 Ukrainians inherited not only the previous communist and pro-Russian leadership, but also its ugly diseases, such as double standards, the government’s lies to its own people, show-off , that is, attempts to show people the “achievement of the government” in their absence, and corruption.

Ukrainian society rejected these post-Soviet metastases. And the most indicative in this sense was the historically justified and inevitable Ukrainian Maidan, which the people of Ukraine called the Revolution of Dignity.

It was thanks to the Maidan that people all over the world learned the depth of conflict between the people of Ukraine who had chosen the path of Freedom and the course of reunification with Europe, and the last pro-Russian President Yanukovych. It was the Maidan which showed the world’s dictators that their power is not eternal. It was the Maidan with protests spread throughout Ukraine that showed the veracity of Ukrainians’ aspirations to European values ​​and the fundamental difference between Ukrainians and residents of Russia.

It is not surprising that the Russian Federation and its dictator president Putin could not accept the actual loss of Ukraine, committed a perfidious annexation of the Ukrainian Crimea and invaded Donetsk and Luhansk regions of Ukraine in violation of all international norms and agreements.

Ukrainians learned their lesson well, and the Ukrainian army and people, who would never think of Russian citizens as occupiers, managed to stop the aggressor. Our next task is to kick the aggressor out of the Ukrainian land and then restore the territorial integrity and constitutional order of our state in the de-occupied territories.

Ukrainians also continue fighting on the home front. This is the fight against manifestations of corruption in the Ukrainian army, society, and at the state level.

We are also forced to fight with internal enemies – traitors and collaborators, who despite everything are periodically uncovered both in the authorities and among the Ukrainian people.

Our struggle continues and we are grateful to the world community, to all partner countries for their help and support, although we often lack it so much!

However, we are not going to retreat either in the face of difficulties or the treachery of a superior enemy, realizing the fact that defending the land of Ukraine today, our people and our army are protecting not only the European choice of the Ukrainian people, but also the peoples of Europe from the aggressive policy of the Kremlin.

We can resist any enemy if we stand in solidarity, and we can win any war if we support each other!