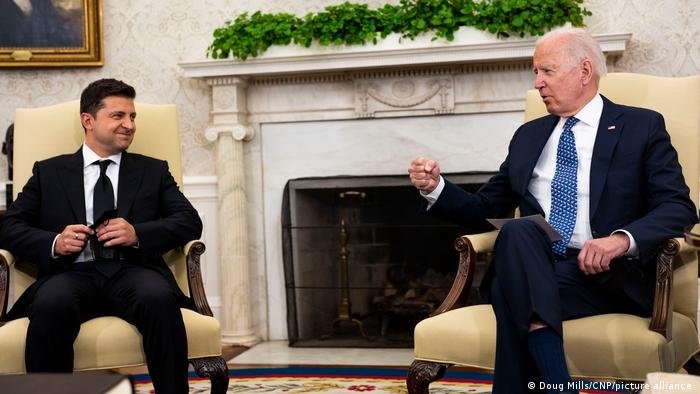 One of the notable results of Ukrainian President Volodymyr Zelensky’s visit to the United States is, of course, the agreements, the ultimate goal of which is to strengthen the security of the Ukrainian state.

An unexpected promise of the US President to supply lethal weapons to Ukraine, including Javelin systems, was confirmed in the joint statement signed by both parties. Russia’s reaction came instantly – Russia started talking about an embargo on arms supplies to Ukraine, and the Kremlin spokesman Dmitry Peskov immediately began to intimidate with “an escalation of the internal Ukrainian conflict” in Donbas.

Such official documents explicitly show that the United States is not going to abandon Ukraine in the face of the ongoing hybrid war with Russia. However, this message has been quite pronounced  in many Russian media recently.

The agreements reached in the field of security make Zelensky’s visit to the USA rather effective.

One of the tangible results of the meeting of the presidents is the signing of three cooperation agreements between Ukroboronprom state-owned concern and three leading US companies in the field of military programs, development and research. Namely: Harris Global Communications Inc., which is a part of L3Harris Technologies, one of the world’s leaders in defense communications, Global Ordnance, the major supplier of weapons, ammunition and additional equipment, and Day & Zimmermann, a leading supplier of ammunition and military devices. Moreover, Day & Zimmermann also agreed to create new production facilities for the Ukrainian defense industry with the attraction of other foreign capital – i.e. additional investment.

Apart from this, the visit resulted in reaching cooperation agreements in the field of defense-industrial complex with the leading American military-industrial corporation – Lockheed Martin Corporation. It is not known yet what exactly, but this “giant” always does things in a big way.

It is noteworthy that the total amount of the signed defense contracts is $ 2.5 billion.

The above-mentioned facts prove that by offering Ukraine a “fish”, Joe Biden does his best to ensure that our country has certain capacities that will help catch it on its own.

In other words, the US president helps us create a new defense-industrial complex.

Moreover, in the same way as in the case of the transition to the “practical part” of the Memorandum between Ukraine and the UK on joint design and construction of warships in both countries, as well as the construction of infrastructure of the Ukrainian Navy. This is about £1.7 billion, which is equal to $2.35 billion.

Whatever Russian political technologists and Kremlin flunkies like Kiselev and Skabeeva say, such joint steps do confirm the seriousness of the US intentions to help us preserve our sovereignty and territorial integrity.

And – yes, we know that the invested funds, including the additional $3 billion promised by the US Eximbank as part of strategic partnership between the two countries, will not be simply given to us.

On the other hand, control over the targeted use of invested funds and its efficiency will help us eliminate the corruption component to the utmost. This means that we are one step closer to bringing our country a step closer to the status of an effective ally, which Ukraine can become both for the USA and for the whole civilized world.