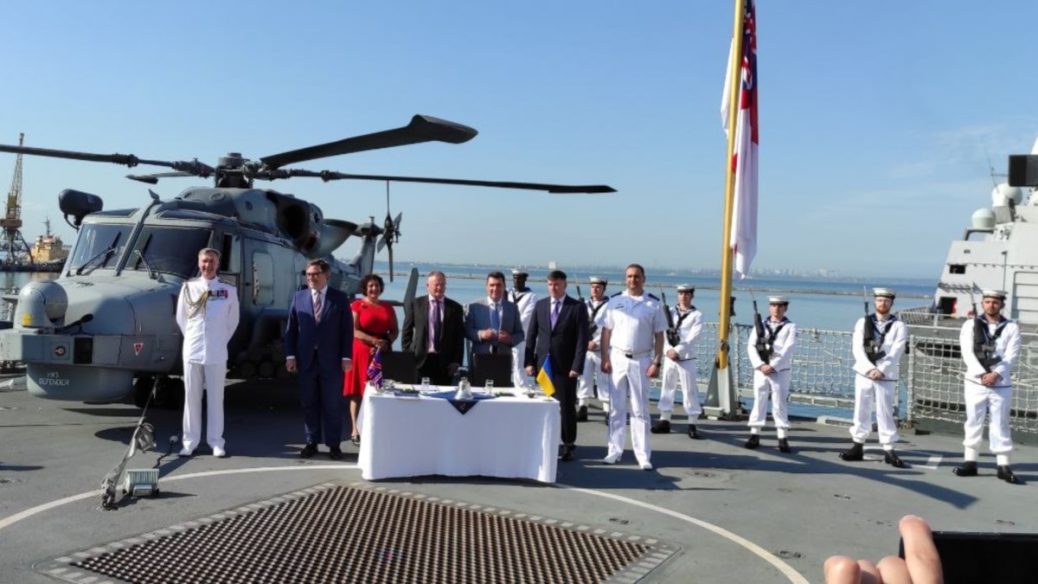 The United Kingdom – Ukraine relations have always had a touch of light British coolness, for which this ancient island is, in point of fact, famous.

Since Russia began its occupation of the Ukrainian peninsula of Crimea and an armed aggression in the east of Ukraine, the UK has invariably declared its support for Ukraine’s sovereignty and territorial integrity. And the Ukrainians saw this support – not only verbal. Let’s recall, for example, an upcoming transfer  to Ukraine of two Sandown-class minehuting ships, decommissioned  from the Royal Navy, but quite suitable for defense. Or Foggy Albion’s unchanging position on the Ukrainian Crimea, which Britain reaffirmed by taking part  in the Crimea Platform.

It is symbolic that, within the framework of this diplomatic initiative of Ukraine, the constitutive summit was held on August 23 this year, and on August 24, Ukraine and the UK represented by Deputy Defense Minister Oleksandr Nosov and Minister for Defense Procurement Jeremy Quinn agreed on the transition to a practical part of the Memorandum on implementation of maritime partnership projects between the UK industry consortium and the Ukrainian Navy, which was signed in Odesa on June 21, 2021. According to the Ministry of Defense of Ukraine, this document provides for the joint design and construction of warships in Ukraine and the UK, as well as the construction of infrastructure of the Ukrainian Navy totaling £1.7 billion. And, although the implementation of this ambitious Ukraine-UK project will begin only after the governments of both countries sign the so-called “Framework Agreement”, the British Embassy in Ukraine called the document “the next step in development of UK-Ukraine bilateral cooperation in strengthening Ukraine’s Navy that faces ongoing dangers in the Black Sea and the Sea of Azov.”

It is also symbolic that the document was signed on board the British destroyer HMS DEFENDER.

Let us recall the now deceased first head of the Security Service of Ukraine. Yevhen Marchuk  headed the Ukrainian Ministry of Defense in 2003-2004, and it was largely due to his influence and professionalism that Russia’s attempt to seize the Ukrainian island of Tuzla failed.

So, this man, who once had every chance to become president of Ukraine, called the story of the British destroyer Defender,  which happened near Cape Fiolent in the Black Sea on June 23, 2021, “an act of open support for Ukraine” from the UK. Isn’t the act also symbolic?

When criticizing NATO countries for the “inactive” position of Western countries in relation to Putin’s aggressive policy towards Kyiv, Yevhen Marchuk noted: “Where have you gone with such a liberal policy towards Russia? The devil must be driven into the stall.”

Further UK-Ukraine cooperation should show the whole world an example of true interaction.