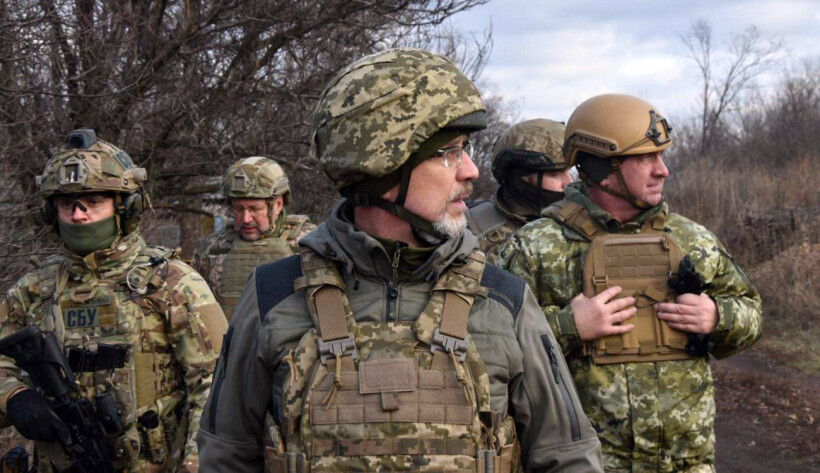 The Minister of Defence of Ukraine Oleksiy Reznikov wrote important words today about the command of our army.

“There is no other military leader in Europe who has military command experience of this magnitude. None! There are only a few in the world.”

As a person who sees our defence from within, I must add that forming the command of the army, our President made the right personnel decisions, he relied on combat commanders and now you see the result.

Below is the minister’s full text about the command of our army. It should be read thoroughly and you should know who writes the modern history of Ukraine.

“After 39 days of repelling a full-scale Russian invasion, many of us are relieved to hear the good news.

The Russian occupiers were defeated near Kyiv. Ukrainian defenders won the first battle for the capital.

Kyiv region was liberated from the invaders. The enemy is also retreating in Chernihiv and Sumy regions to regroup forces and change the direction of strikes.

This is an indisputable evidence that the Kremlin’s plans have been thwarted.

At the same time, our hearts are filled with pain for the hundreds of civilians who were brutally tortured by Russian soldiers.

Only in Bucha the death toll is higher than in Vukovar.

Women and men with their hands tied were shot in the back of the neck which is totally inhuman. These killings are not seen as part of the war. It is even difficult to classify them as terrorism or crime.

This is the essence, the nature of those mad executioners who invaded our land. The last time the same was done by SS.

Our intelligence is gradually identifying the invaders and assassins. All of them! Everyone will get what they deserve.

We bow our heads to our soldiers who sacrificed their lives to protect the capital from this scourge.

Heavy fighting now continues in Kharkiv, Luhansk and Donetsk regions. Our troops are pushing back the occupiers in Kherson region. Chernihiv remains in a difficult situation. The defenders of Mariupol, who have already become legends of today, are fighting heroically.

It seems that everyone has already realized that the most valuable thing in Ukraine is people.

Thousands and thousands of people today are fighting for the future of Ukraine, and future generations of Ukrainians, so that Ukrainians  could determine their own destiny and were never forced to live under the rule of inhumans.

I want to mention a several special Ukrainians. These are the commanders of our army.

First of all, it is the Commander-in-Chief of the Armed Forces of Ukraine, General Valeriy Zaluzhny. A lot can be said. The main thing is that it is a warrior who meets the level of challenges facing Ukraine. And they are huge.

I want everyone to understand that there is no other military leader in Europe who has military command experience of this magnitude. None! There are only a few in the world.

I can’t help but mention those who should be thanked for preserving the capital.

First of all, it is the Commander of the Land Forces of the Armed Forces of Ukraine, Colonel-General Oleksandr Syrsky, who is directly responsible for the defense of Kyiv and the region.

After repelling the first wave of the invasion, which may not be the last, much remains to be done to be prepared for any scenario. I am sure that the experience of the Hero of Ukraine, Lieutenant General Oleksandr Pavliuk, who met the Russian invasion with dignity in the Joint Forces Operation area and now is the Head of the Kyiv Regional Military Administration, will do much good.

Secondly, Kyiv was largely saved by heroic fighters in Chernihiv and Sumy regions, under the direct command of the Commander of the North Operation Command “North”, Hero of Ukraine, Major General Viktor Nikoliuk.

Ancient Chernihiv and its unbreakable defenders became an invincible fortress for the enemy. Several cities in Sumy region took the hit all together and withstood it with dignity. The enemy is fleeing, although they have more equipment. They just don’t have people like ours.

The Special Operations Forces, our artillerymen, paratroopers, aircraft and all types of forces of the Armed Forces of Ukraine are real heroes!

Thirdly, I would like to mention the Chief of the Defence Intelligence of the Ministry of Defence of Ukraine, Major General Kyryl Budanov, and all military intelligence officers. The servicemembers of our Intelligence are working real miracles in different parts of the front. Someday the books will be written about them. They did a great deal to neutralize the most trained russian occupiers near Kyiv.

The genuine combat brotherhood that emerged during this time is worth emphasizing. After all, our soldiers of the Armed Forces of Ukraine and the operatives of the Main Intelligence Directorate fought alongside with the special units of the Security Service of Ukraine and the National Police, soldiers of our National Guard, Border Guard and territorial defence: those are people who defended their homes from the russian intruders.

We will definately mention them by name and thank the brigadiers, battalion commanders, colonels, sergeants and soldiers who have distinguished themselves in this war.

I will talk about the best again and again.

Since the beginning of the invasion, we already have 84 Heroes of Ukraine in our Armed Forces. Sadly, 42 titles were awarded posthumously. Hundreds of men and women were honored with high state awards. Because they are worthy of them.

Also, during this period 18 true officers were granted the rank of brigadier general. This is a new generation of high-ranking commanders, a manifestation of the modern Ukrainian army forged not in cabinets, but in battle.

The whole Ukraine is forged in a battle today.

And will definitely win.