Home » Holding on with the last strength and doing the impossible: “Azov” deputy commander calls for help

Holding on with the last strength and doing the impossible: “Azov” deputy commander calls for help 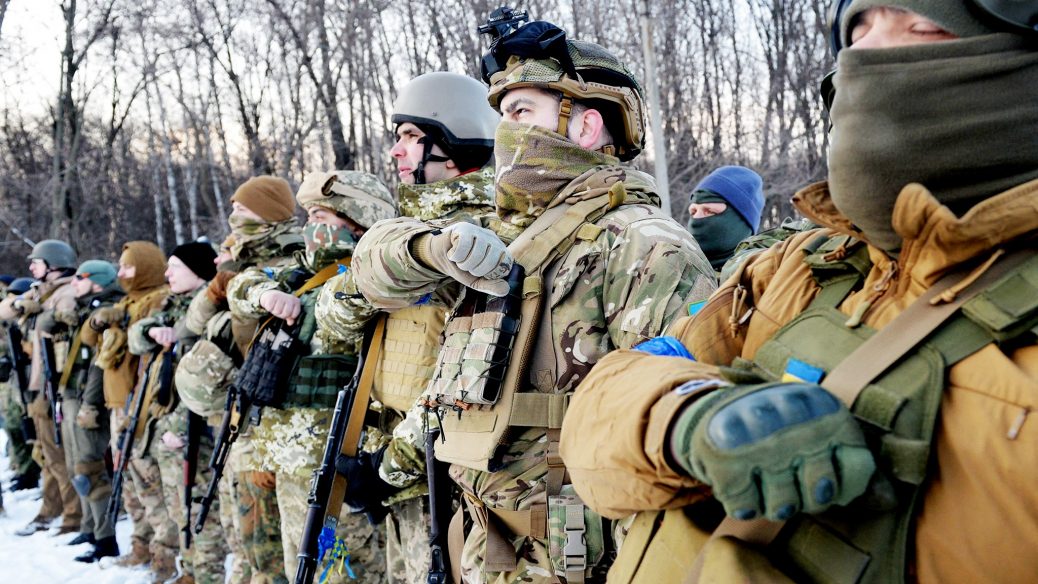 Deputy commander of the “Azov” regiment Svyatoslav Palamar with the call sign “Kalyna” recorded a powerful appeal from the blockaded Mariupol. He called for help to the defenders of the city, which has become a martyr and at the same time a symbol of indestructibility.

“Kalyna” described how the fearless Ukrainian defenders manage to hold on no matter what. His address appeared online.

“Now much is said about the battle of Mariupol. That we are fighting a superior enemy force. That we are holding back a huge horde. That we are not letting the Russians go further and thereby holding back the entire Russian army. Everyone is happy because the horde is not going any farther. But have you thought about what it’s like to be here? How to fight in such conditions? What the defenders of Mariupol are feeling? – Palamar began his address.

He spoke about how the defenders of Mariupol are losing their brothers-in-arms. As a wounded warrior blows himself up with a grenade to avoid being captured – and his last words are the cry of “Glory to Ukraine!” How in the crucible of war real commanders are born out of young guys who always think of their personnel and never of themselves.

It’s when you get an SMS saying ‘How are you doing, my friend?’, and five seconds earlier you put your comrade you knew for seven years into a body bag. It’s when yesterday’s platoon leader – 22 years old – commands a battalion and does it better than a seasoned colonel who’s been drawing his salary from the State all his life. He asks for one, second, third soldier, but forgets about himself, submitting lists for awards.

This is when the brother, having a serious wound, escapes from hospital, because he promised his friends to help fight at the forefront. When a 19-year-old guy modestly tells how he personally destroyed 20 vehicles, “Kalyna lists.

The deputy commander of Azov told of people dying of starvation and ruthless artillery and bombing attacks of the Russian occupiers in the besieged Mariupol, burning alive after shelling from the Russian “Solntsepyok”

Palamar noted that despite numerous statements by Ukrainian politicians about how they support Azov defenders and are in constant contact with them, no one has answered the calls of Ukrainian soldiers for two weeks.

“Kalyna” called Mariupol a city-martyr and a city-fighter. He agrees that the tragedy and heroism of Mariupol should be remembered. But the battle for the city is not over – it continues here and now.

“You read about yourself with sorrow – and you still exist. You are still living and fighting. You still live in the hope that they should come to you. Especially those people who are loyal to their oath, who know that Russia can be defeated. And you fight for the sake of those brothers-in-arms who have already given their lives fighting for Ukraine. And we, the defenders of Mariupol, want to wish the people of Ukraine to hold on. To hold on in trouble. Do not forget to fight. To fight and win. We again remind: Mariupol is Ukraine. As long as we are here, Mariupol remains Ukrainian,” Kalyna noted.

Ukrainian President Vladimir Zelensky also talks about the necessity of deblocking Mariupol and its indomitable defenders. The head of state spoke about the courage of Mariupol defenders, the suffering of civilians in the city and the occupants’ crimes against this pearl of Azov region during his speech before the South Korean Parliament.

Zelensky called on the world to give Ukraine the weapons that will allow to unblock Mariupol and stop the aggressor on all fronts.

“To provide the necessary weapons to Ukraine means not only to save the lives of our people, not only to give us the opportunity to defeat our cities, in particular our long-suffering Mariupol. But also to save other states, other regions from further deployment of Russian aggression,” he said.

The enemy has concentrated its efforts on the storming of Mariupol. At the same time, the Rashists do not allow to evacuate people even from the nearest settlements to Mariupol.