Ukraine will defeat Putin’s army if we analyze our mistakes 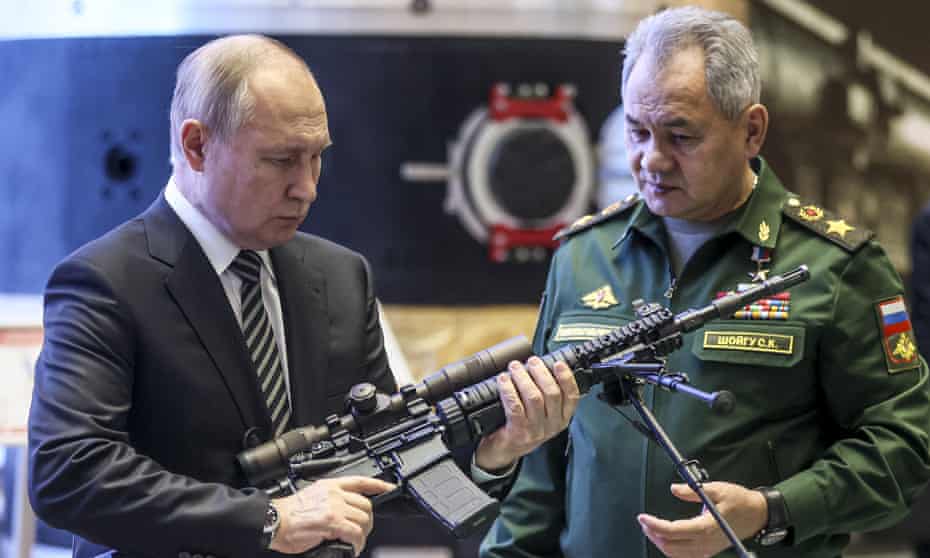 Russian Security Council secretary Patrushev said that the special military operation in Ukraine is going according to plan, “we are not chasing deadlines.” What is behind this statement? Is it the readiness of the aggressor for a protracted war or to retreat?

Behind this statement is Russia, the Kremlin, the evil force. Three months have passed since the beginning of the so-called special military operation, and now they decided to explain why they had not yet achieved their objectives. Like, they are not in a hurry.

In fact, these words of Patrushev have a double meaning. Firstly, I think this is a signal to people inside Russia and the so-called elites, and a signal outside of Russia, that if Putin is done, there is Patrushev, a serious man that will not let the cause of the “great Fuhrer” die. After all, a lot is being said about Putin’s disease, future surgery, etc.

Such a message is not only sent by Patrushev. Medvedev is also doing his best.

So Patrushev is already preparing for a change of power in Russia?

Not preparing for a change of power but showing that the Kremlin’s policy will not change if the power suddenly changes.

Secondly, they are not going to retreat. They are systematically pursuing their goal. And we certainly must take this into account.

Unfortunately, the patriotic rhetoric that has prevailed in our state over the past three months… In many respects, of course, this is justified; we must hold on…

Yes, definitely. But sometimes, it goes overboard. We only talk about our victories but not about defeats. Thus, we allow these defeats to exist.

There are always defeats, and they will always be. There are mistakes, and they will be. However, it is better to draw conclusions from these defeats and mistakes and punish those responsible. It needs to be made public.

We only have heroes, but we do not see those who made stupid or even criminal decisions that led to numerous combat deaths. And there are such cases.

For example, the shelling of the barracks. The last case is Desna, the president spoke about. Weren’t there barracks shelling before? In the Odesa region, in the Dnipropetrovsk region, in the Zaporizhzhia region, in the Lviv region, in Yavoriv? It was everywhere. Not a single conclusion was made; not a single bastard was punished. We lose people for no reason. People who sleep in their beds when a missile strike hits.

We talk about them calling names like “rusnia”, “animal snarl” and so on … We like to picture them as stupid and ignorant. Fortunately, there are such people there too, but they drew conclusions and took the troops from near Kyiv because they knew they couldn’t do it. Having been defeated, they did not resist but retreated to concentrate in one place.

We need to understand that we also make mistakes. We have casualties from friendly fire. Due to a lack of artillery control or reconnaissance, we hit our people. And it is true. Why is no one punished? We have losses in aviation due to our air defense systems, and no one has been punished, and no conclusions have been drawn. These people still hold their posts and get their salaries. They are still heroes, and they are staying in their headquarters.

This is the problem but not Patrushev’s words. We can defeat this sh*tty army – the “first army of Europe”, the “second army of the world”. We have proven it. But we must also be able to analyze our mistakes. And then such bastards as Patrushev will keep their nose out; they will be afraid that if Putin dies, they will have a hard time.

These are not defeatist sentiments. This is an appeal to analyze the mistakes. So that people who make such mistakes finally lost their shoulder boards, and ranks and stopped commanding the troops. Those who constantly put people in the barracks, who occasionally make poor management decisions must be gone.