Did Zelensky met with Moscow delegation in Oman before Ukraine PS752 crash in Tehran? 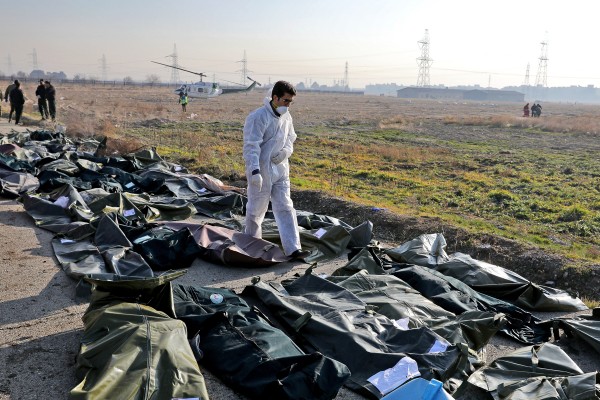 9H-VJN and T7-GEM private jet routes may indicate that President of Ukraine Volodymyr Zelensky met with a delegation from Moscow in Oman right before Ukrainian airplane crash in Tehran.

Zelensky’s charter stopped over in Moscow before leaving Oman.

These are the conclusions drawn by texty.org.ua, based on Radar data.

“The 9B-VJN Bombardier charter plane arrived in Oman’s capital Muscat from Stockholm, stopping over in Moscow, almost simultaneously with the mysterious flight of Medvedchuk, who was also in Muscat at the time, on the evening of January 7,” the media outlet said.

“Because of this, it becomes apparent that the charter for Zelensky was booked before the UIA Boeing crash in Tehran.

However, instead of flying from Oman immediately on the morning of January 8 (at that point the plane was already in position and had several hours to prepare) Zelensky was waiting for something.

Our version is that he was waiting for a meeting with someone who had arrived in Oman from Moscow on the same Bombardier (9H-VJN) plane, which then took Zelenskyy to Kyiv,” the journalists said.

The media outlet reports that only after the meeting took place, Medvedchuk’s plane took Zelensky’s partner (s) to Moscow, and then Zelensky himself flew to Kyiv on the aforementioned Bombardier (9H-VJN).

“Texty” provide a timeline of events:

* Bombardier 9H-VJN business jet arrives in Oman from Moscow, possibly with a delegation to negotiate with Zelenskyy (landing at 00:16 GST, January 8). An additional detail to confirm this version: the said aircraft had not had any orders for several days and had been in Stockholm since January 4. However, on January 7, it flew to Moscow and probably took someone on board to fly to Oman 2 hours later!

* Medvedchuk’s business jet takes the presumable participants of a meeting with Zelensky back to Moscow (departure from Oman at 11:53 GST, January 8)

* Bombardier 9H-VJN business jet takes Zelensky to Kyiv (departure from Oman at 21:03 GST, January 8. About 18 hours have passed since the Boeing UIA crash).

“Overall, this possible meeting (Zelensky and the Moscow delegation) took almost 12 hours. That is how much time the negotiators from Moscow had in Oman if they had arrived by Bombardier 9H-VJN and flew back by Medvedchuk’s T7-GEM business jet,” the journalists emphasized.