Ukraine can become a major US non-NATO ally 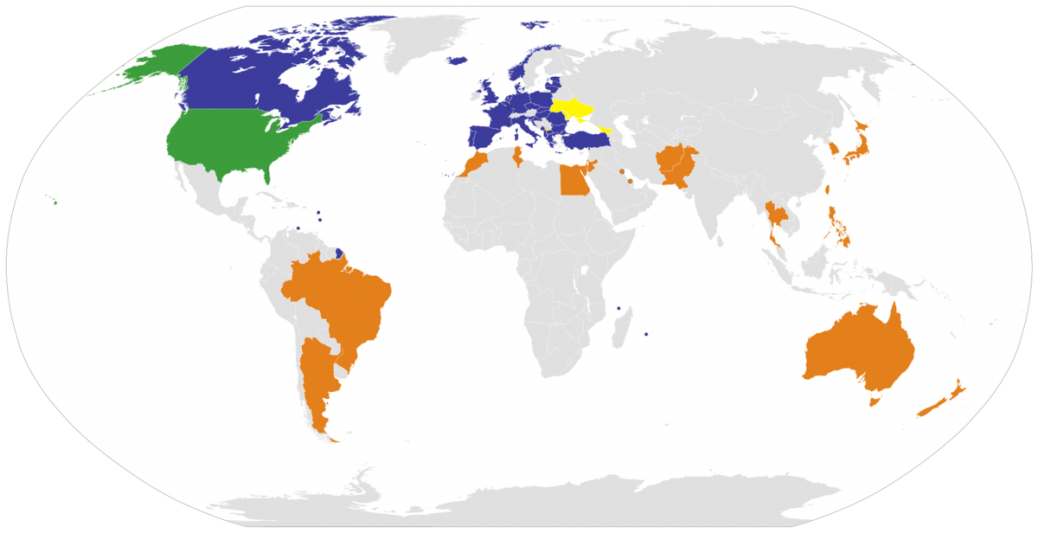 The Verkhovna Rada of Ukraine decided to address the US Congress with an Appeal to grant Ukraine bilateral status as a major US ally.

The corresponding request was signed by 153 Ukrainian MPs. An extraordinary sitting of the Verkhovna Rada will consider this strategic issue for Ukraine on September 8, 2021. Chairman of the Verkhovna Rada of Ukraine Dmytro Razumkov has already issued a relevant order and People’s Deputy of Ukraine Oleksiy Honcharenko published a copy of the document on his Facebook page.

The status of a major non-NATO ally (MNNA) will mean not only additional preferences for Ukraine in the field of financing or strengthening certain military assistance. This status makes it clear to the whole world, and first of all to the Russian Federation, that our country is one of the US priorities for developing further relations.

According to the draft appeal, today Ukraine is in the so-called “gray zone” of international security as a result of Russia’s systematic violation of all possible norms of international law, including the seizure of the autonomous republic of Crimea, which is an integral part of Ukraine, as well as Russian invasion into the Ukrainian Donbas and the Russian-Ukrainian war which has been ongoing since 2014.

There is an opinion in the information field of Ukraine that obtaining the MNNA status will bring the security of the Ukrainian state to a higher level. And this is true, because the status provides for a number of mechanisms for joint defense planning, cooperation in the supply of weapons and military equipment, access to the US military reserve, which is extremely important for our country today. And the main thing, perhaps, is that, despite all the complexity of this military-political mechanism, it works.

Currently, 17 states have this status, including Australia, Israel, South Korea, Japan … An impressive company, isn’t it?

Back in July 2014, the US Senate Committee on Foreign Relations adopted a draft resolution “On Preventing Russian Aggression”, which provides for granting the MNNA status to Georgia, Moldova and Ukraine.

We may be the first on the list of candidates, which is quite rightly.

Ukraine has been resisting Russian aggression with weapons in its hands for seven years. And we will definitely need effective support – not only in word but also in deed.

One can only imagine the reaction of the aggressor country to the deadly effect of the real rather than illusory American presence in “Ukraine with a special status.” Meanwhile, we are waiting for an extraordinary sitting of the Verkhovna Rada of Ukraine.

This article is also available in Ukrainian.