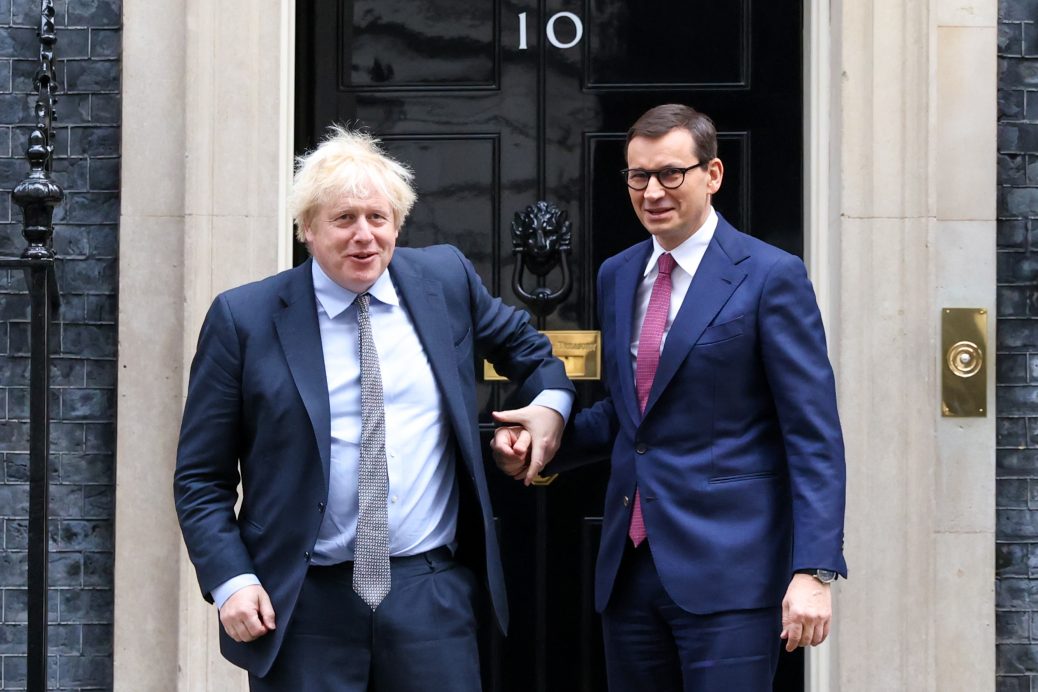 This became known from diplomatic sources.

Johnson and Morawiecki will arrive in Kyiv this week on the same day, Foreign Minister Dmytro Kuleba confirmed at a briefing on Monday. The British and Polish leaders will arrive on February 1. There is almost no information about the new format yet.

It was first mentioned by British Foreign Secretary Liz Trass during a speech in Australia on January 21.

From her words, we it may be concluded that the new format was discussed during the visit of President Volodymyr Zelensky to London in December last year.

“We are strengthening our bilateral partnership after the high-level talks in London in December, and we are developing new trilateral ties with Poland and Ukraine,” she said.

According to other sources, during their visit the two leaders will made a joint statement on the creation of the British-Polish-Ukrainian Trilateral Union that has been announced earlier.

On Monday, the Japanese National Agency reported that Johnson had canceled a visit to Japan scheduled for mid-February due to rising tensions around Ukraine.

Johnson is also expected to hold talks with Russian President Vladimir Putin. Besides, as it was reported, Johnson plans to visit Eastern Europe to accelerate diplomatic efforts and “avoid further bloodshed.”