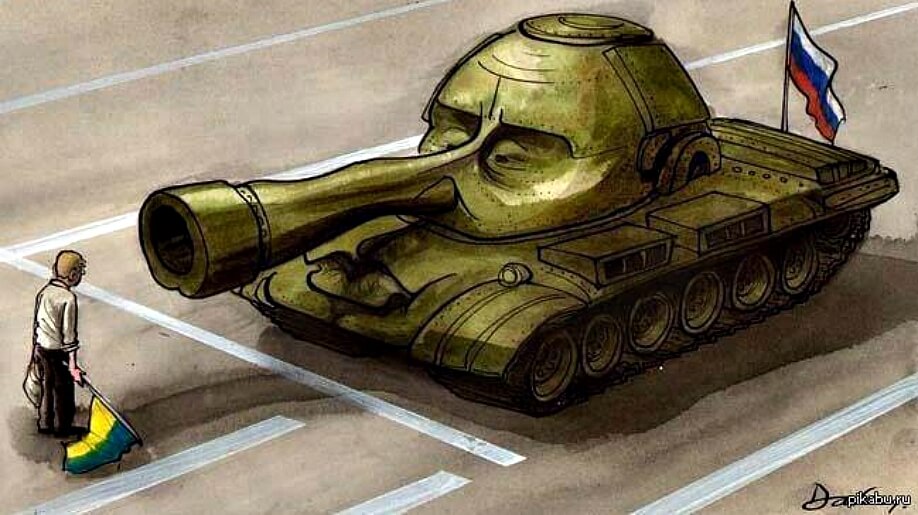 “Russia is using the Donbas to destabilize Ukraine and wants to shift the responsibility for rebuilding and sustaining the Donbas onto Kyiv and the EU” says a Berlin expert Gustav C. Gressel to Vitaliy Eremitsa from radiosvoboda.

Brussels – Is the EU losing Ukraine as a partner and associate? The disappointment and anger over the EU’s approach to the conflict in the Donbas is spreading in Ukraine. Ukraine needs dynamic relations with the EU and forcing Kyiv to perform the Minsk 2 agreements at any cost only plays into the hands of Putin. This is according to Gustav Gressel, an analyst in military affairs and East European politics and an expert at the European Council of Foreign Relations. Gressel believes that if the EU fails to change its strategy vis-à-vis Russia, the EU will lose Ukraine.

“I am somewhat surprised that to this day Minsk 2 is offered as the only solution to this conflict. In reality Minsk 2 is a roadmap to the Minsk 1 agreement and the document itself is extremely vague. Its points, especially the ones concerning the administrative reforms in Ukraine are open to wide interpretation. The Russian interpretation is completely at odds with the Ukrainian and western interpretation. We see the daily cease-fire violations and over 90% of the violations are from the Russian side. There is no adequate monitoring of any kind of withdrawal of heavy equipment or of the military situation at the battle lines. The necessary conditions for the OSCE Observation Mission to be able to do its work are not there. Even these simple, most basic points are not being met.”

“What other possible solutions are there for Ukraine?”

“This type of aggressive force must be brought to a stop. As an example, the West could offer unilateral guarantees that in the event the ‘freezing’ of the conflict would be adopted, the EU would block any attempts to change the ‘status quo’ through military means. There has to be a firm assurance that things cannot continue as they are.

The West could call for the drafting of a new agreement even though currently that would be an undesirable scenario: Russia persists in sticking to Minsk 1 and drags its feet or finds ways around implementing the provisions while at the same time adding ever new demands. They do not want to abandon Minsk 2 nor do they want a more precise wording of the agreement. Freezing the conflict is a possibility; however, Ukraine must be assured that those territories [the DNR and LNR] will not be recognized and the rest of Ukraine will be assured further European integration. Of course this is with the hope that things will fall into place once the regime in Russia changes and a new leader appears with whom it will be possible to talk. This option is only viable if there is a guarantee that there will be no further disturbances, no more attempts at separatism in other regions of Ukraine. The lesson of Crimea has been learned: the realization that confrontation was impossible coupled with the hope that the rest of the country will strive for European integration. But events in the Donbas have deteriorated and the war in the Donbas has halted the movement toward European integration. This illegal land-grabbing must be stopped.”

“But an additional problem is that nobody knows what Russia will do. Will it try to reach its goal of paralyzing all of Ukraine?” “For Russia the Donbas is a trump card it will use to destabilize Ukraine from within, to undermine Ukrainian foreign policy and all of this at the expense of the West.”

“Exactly. The problem today is that the Europeans’ pressure on Ukraine to gradually unilaterally reach a de-facto recognition of the so-called DNR and LNR, and restructure the socioeconomic relations with the Donbas – all of it plays into Putin’s hands. And the goal of Russia is to have a completely unstable Ukraine, a Ukraine that is unable to move in any clear direction. And shifting the responsibility of financing the Donbas onto Ukraine and the EU. This is the current Russian strategy. Unfortunately, many comments coming from the West though generally well-intended, are strategically unwise, benefiting Russia.”

“In your latest publication, ‘Is Europe Losing Ukraine?’ you offer advice to European and American politicians on how to rethink the ‘Ukrainian strategy.’ What would that entail?”

“The West should maneuver strategically since any decision based on unilateral concessions from Kyiv will not bring sustainable progress: Moscow will demand more and more until their goal is reached, that is, the total collapse of Ukraine.

First of all, while helping Ukraine decentralize power, the decentralization process should not be connected to the Minsk agreements proceedings. Otherwise, all efforts will be illegitimate. Secondly, the strategy in regard to Russia should be reconsidered. Russia has not fulfilled its part of the Minsk agreements yet it imposes new demands which if implemented will abolish the sovereignty of Ukraine. Russia has not abandoned its attempts to lure the West and Kyiv into the trap of ‘Bosnia-ization’ – to create a failed state through failed federalization.

Lastly, it is vital that the West has vigorous ties with Ukraine. The [EU-Ukraine – Ed.] association agreement could be the basis for new initiatives. The less the EU directly contributes to Ukraine’s progress the less reforms, Ukraine will have and the less European Ukraine will become.”

“At the same time you speak about the fact that Ukrainians are becoming disillusioned and even angry with the West for its position and methods of helping Ukraine stabilize the situation in the Donbas.”

“The West needs Russia in its Iran negotiations. That is why peace in the Donbas is a priority for them. As a result Ukrainians feel betrayed. And the intense pressure the diplomats of the EU and the US are applying on Ukrainian lawmakers is being perceived as pressure to give in to Putin with no benefits in return.”

“The problems in Greece aren’t helping any, either?”

“A year has passed and Ukraine is in a state of war, the economy is sliding, the value of the UAH has plummeted. At the same time complex reforms are being introduced. Greece, with its less dramatic situation, gets urgently needed financial aid only because it has promised reforms. In addition to €7 billion in aid Greece will receive support packages in the sum of €80 billion. Ukrainians feel that they have been abandoned on the sidelines simply because Ukraine is not a member of the EU. The Europeans themselves explain that since Greece is a member of the euro zone, the collapse of the country would have much worse consequences for the commonwealth than the crisis in Ukraine. But that, of course, does nothing to improve the outlook for the Ukrainians.

Original article in Ukrainian is available on radiosvoboda.org.