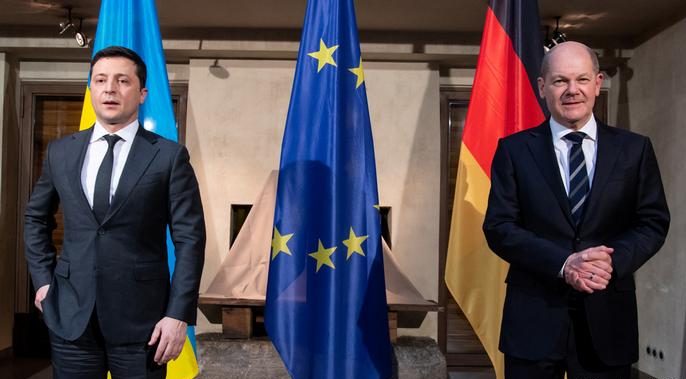 The Federal Chancellor inquired about the Ukrainian side’s assessment of the negotiation process.

This was reported by the website of the head of the German government.

During the conversation with the head of the Kremlin, “the current state of efforts of Russia and Ukraine to find a diplomatic solution” was discussed. Scholz called for immediate ceasefire and for a better humanitarian situation.

In a following telephone conversation with Zelenskyy, Scholz inquired about the Ukrainian side’s assessment of the current situation and the progress of the negotiation process. The parties agreed to remain in close contact.

German Chancellor Olaf Scholz said that the Russians are not responsible for the fact that Russian President Vladimir Putin unleashed a war against Ukraine. Scholz condemned the attacks on immigrants from Russia.

He called such actions ‘absolutely unacceptable.’

‘It is absolutely unacceptable when people who come from Russia are insulted, called names or physically attacked. Because this is Putin’s war. Only he is responsible for this,’ Scholz stressed.

Adviser to the head of the President’s Office Mykhaylo Podolyak commented that German Chancellor Olaf Scholz, trying to justify his indecision, proposes to separate ordinary Russians and Vladimir Putin as the author of the war.