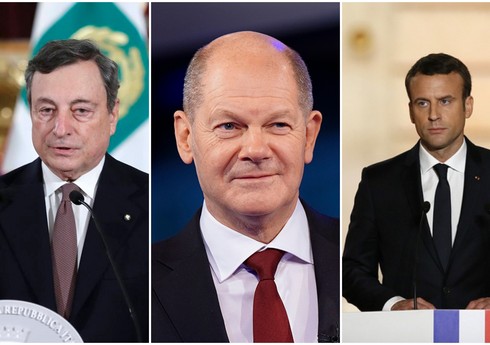 Recently, Kyiv has become a favorite place for visits by high-ranking Western politicians. The President of the European Commission, Ursula von der Leyen, has just left the capital of a war-torn country after her second visit in recent months. Only three leading EU politicians from Germany, France, and Italy were not here. They might be seen in Kyiv shortly.

The German newspaper Bild am Sonntag reported this, citing its sources.

There has been harsh criticism for several weeks that Scholz had NOT visited Ukraine since the war began 109 days ago. But now, according to BILD am SONNTAG, government circles in France and Ukraine have specific travel plans. The chancellor is planning a joint trip with French President Emmanuel Macron and Italian Prime Minister Mario Draghi, prior to the G7 summit.

It must be noted that the summit will be in southern Germany on June 26-28th.

It is still unknown which issues the leading politicians of Europe will discuss in our country.

• Citing documents, the Welt Edition reported that Germany had minimized its military support of Ukraine in the past months and, in fact, provided no weapons, despite many promises.

• A little earlier, Italian President Sergio Mattarella said that it is necessary to negotiate with the international criminal Vladimir Putin.

• The French president said that “we must not humiliate Russia so that the day the fighting stops, we can build a way out through diplomatic channels.”