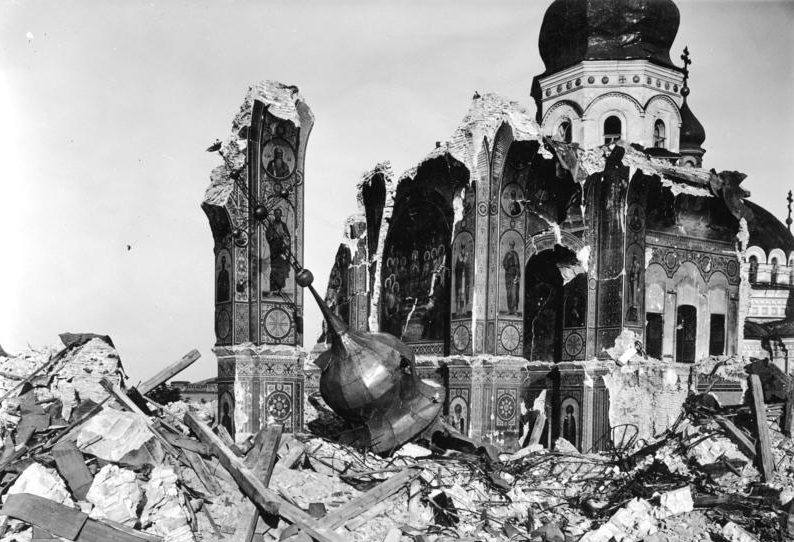 Ukrainian Ambassador to Germany Andriy Melnyk reminded Germany that Ukraine has the right to compensation from Germany. In particular, for the cultural values ​​lost during the Second World War, and for the invaluable archive of Johann Bach returned by Ukraine to Germany 20 years ago.

Andriy Melnyk recalled that Ukraine was devastated during the occupation by Nazi Germany. In addition to human deaths, our cultural heritage suffered. In particular, the following cultural values disappeared:

73% of the most valuable Soviet cultural losses came from Ukraine museums, Melnyk said.

The diplomat has explained that the bilateral dialogue will remain burdened as long as Berlin:

“The Ukrainian side expects steps from the German government: both in terms of compensation for the huge losses of Ukraine’s cultural heritage during the Nazi occupation, and in terms of political support for my country on the path to EU membership,” Melnyk explained.

The ambassador also reminded that Ukraine returned the priceless archive of Johann Bach to Germany 20 years ago. The Ambassador of Ukraine to Germany wrote about this in a letter to Georg Graf zu Castell-Castell, head of the Sing-Akademie in Berlin Foundation.

In September 2001, the Cabinet of Ministers of Ukraine made a decision to return the manuscript music scoresof the 18th – 19th centuries, which had been kept in the Central State Archive-Museum of Literature and Art in Kyiv since World War II.

After the return of the collection to Germany, there were public discussions as to whether such a step was appropriate.