Home » Until Russia returns the deported Ukrainians, it must not receive any money from EU

Until Russia returns the deported Ukrainians, it must not receive any money from EU 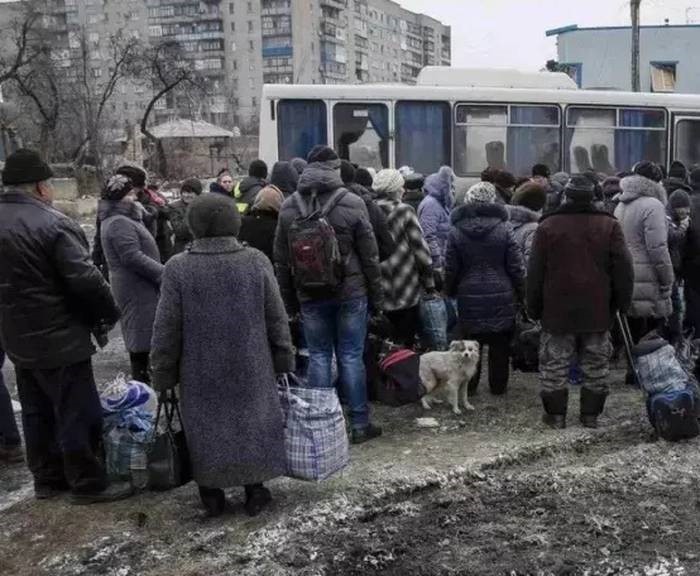 Russian aggression against Ukraine is accompanied by deportations from the occupied territories to Russia. President of Ukraine Volodymyr Zelenskyy recalled this in his speech to the Estonian Parliament on April 13.

Russia’s attempt to seize all of Ukraine after 8 years of war in Donbas has brought back to European reality what your people had to go through: mass deportations, filtration camps, a conscious attempt to destroy everyone who supports the national idea… Today, there are more than 500,000 Ukrainians forcibly displaced.

Just imagine how much it is! This is as if the invaders set the goal of deporting all people from Tallinn. The whole city – it was and now there are no people. This is like a third of all your citizens,” Zelenskyy compared.

He said that Ukrainians deported to Russia are being taken away documents, phones, children are separated from their parents.

The head of state suggested that Moscow feels its own “impunity” provided by access to international structures (for example, permanent membership in the UN Security Council) and the conviction that Europe is not capable of holding the Kremlin accountable.

“Moscow does not believe that Europe is capable of forcing Russia into peace, they are counting on a split among Europeans and on the fact that the priority of trade for Europeans will be higher than the priority of security or survival of Russia’s neighboring nations.

Zelenskyy thanked Estonia for its support, in particular, defense assistance, the reception of migrants and the rejection of Russian energy.

“The black pages of history should not be repeated when deported Ukrainians and Estonians remained for many years in Siberia or in the far east of Russia, there are already more than enough Ukrainian and Estonian graves of those who died from this communist deportation,” he is convinced.

The President called on the EU to find instruments of influence on Russia in order to stop the deportation and return the forcibly taken Ukrainians home.

“The European Union has the power to ensure this. The European Union must use this power. Until Russia returns forcibly deported Ukrainians, until it returns thousands of stolen children, it must not receive any money from European states or companies. The EU does not have the right to be a sponsor of the deportation, the EU has no right to sponsor of the war,” Zelenskyy stressed.

He called sanctions the only tool to “force Russia into peace.”

On April 5, Permanent Representative of Russia to the United Nations Vasily Nebenzya, during a speech at a meeting of the UN Security Council, said that since the beginning of the Russian invasion of Ukraine, more than 600,000 people, including more than 119,000 children, have been transported to Russia.

Permanent Representative of Russia to the United Nations.

The Minister for the Reintegration of the Temporarily Occupied Territories, Irina Vereshchuk, said earlier that the Ukrainian authorities had applied to the International Committee of the Red Cross with a demand to receive lists of all Ukrainian citizens forcibly deported from Mariupol from Russia.