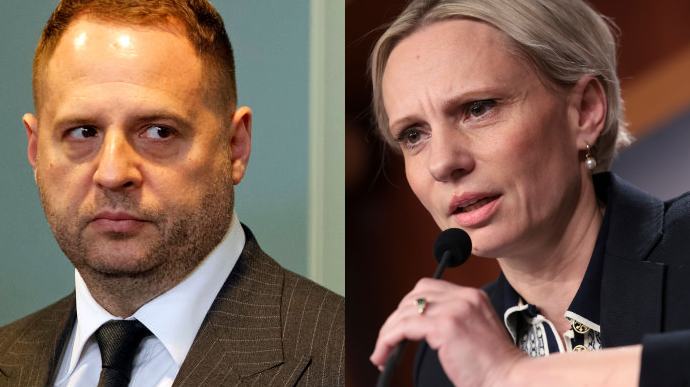 The first Ukrainian in the House of Representatives of the US Congress, Victoria Spartz, sent a corresponding letter to the President.

Representative of the US Congress Victoria Spartz sent an official letter to the head of the White House Joe Biden and asked him to check the possible connections of the head of the Office of the President of Ukraine Andriy Yermak with Russia. The congresswoman posted this on Twitter.

The letter is posted on the US Congress website. It states that based on a variety of intelligence, actions taken by Mr. Yermak in Ukraine and his alleged dealings in connection with Russia, Congress needs to obtain this information urgently to confirm or deny various serious allegations.

Congresswoman Spartz brought President Biden’s attention to the fact that Andriy Yermak appointed Oleg Tatarov as his deputy for law enforcement to combat corruption who instead, has been delaying the appointment of an independent anti-corruption prosecutor for over a year, rendering the Specialized Anti-Corruption Prosecutor’s Office and the National Anti-Corruption Bureau (NABU) dysfunctional. In addition, the congresswoman noted that Тatarov was under investigation by the NABU in 2020 before his appointment where his case was allegedly inappropriately transferred to a regular prosecutor and closed.

According to the representative of the US Congress, Volodymyr Zelenskyy should be careful with his closest associates. Considering the US’s material involvement in this war, the United States is interested in the transparency of processes at Bankova.

“As President Zelensky works very hard to build alliances with the west and our country, it is our responsibility to inform him if we might have any concerns with key people around him. It is also our obligation to the brave Ukrainian soldiers and strong Ukrainian people fighting this fight for freedom and international order for all of us,” Spartz wrote.

It should be reminded that Yermak and Tatarov were repeatedly charged in Ukraine. In particular, in 2021, ex-intelligence officer Roman Chervinskyi said that they both were afraid of worsening relations with Russia.