Home » A letter from hell: message by a friend from Mariupol from the Azov Battalion

A letter from hell: message by a friend from Mariupol from the Azov Battalion 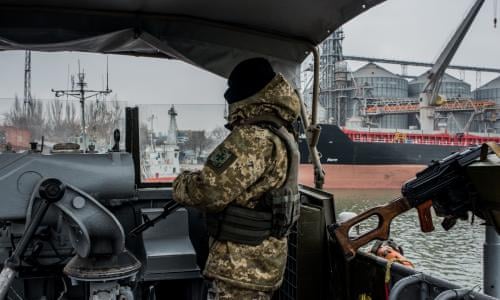 This message was written last night by a friend of Yuriy Butusov from Mariupol from the Azov Battalion. Worth read:

57 days of ongoing fighting, air strikes and artillery shelling. In complete encirclement. In the basements, without water, without light, heat, without food supplies. The enemy outnumbers us by about 10 to 1, the enemy has an absolute advantage in technology and ammunition, and it demolishes any shelter, any position.

The nearest Ukrainian front is 100 km away, across the steppes, and you can’t get out, you can’t evacuate the wounded. And they do not seek compassion from the enemy. Every day, they skillfully find an opportunity to kill and destroy the occupiers, and inflict terrible losses on them.

These people have long since crossed the line of endurance and sacrifice. They have created new ones, and this is incredible in the 21st century.

They have shown what combat capability is. And it is worth mentioning that Azov is the only Ukrainian military unit that fully operates according to NATO standards in combat management and training, they operate according to the US Army Field Manuals and MDMP combat management standards. Azov is the only military unit where the appeals and customs of Ukrainian nationalism of the Ukrainian Insurgent Army operate, and not the old Soviet-style procedures.

Obeying the orders of the Ukrainian command, they fight and die in absolutely unfavorable conditions, faithful to the oath to the Ukrainian people.

Russia has a lot of weapons, but Ukraine has something that Russians lack – the ability to sacrifice for the sake of their people, to fight for honor, to fight when there is no strength, and only the willpower allows you to fight no matter what. “Mariupol” – this word now means a lot, explains a lot.

Yuriy Butusov answering the question why they aren’t being helped and why there is no reinforcement.

“They were ordered to act in the encirclement, as the rear was open and Russian troops moved without a fight from the Crimea to Melitopol and Berdiansk. After that, they began to push back ours, captured Zachativka, then Volnovakha, and now the distance to our position is more than 100 km. There were no timely actions, they were complete encircled on the fourth day of the war, and then everything just intensified. That’s what a brief explanation sounds like.”