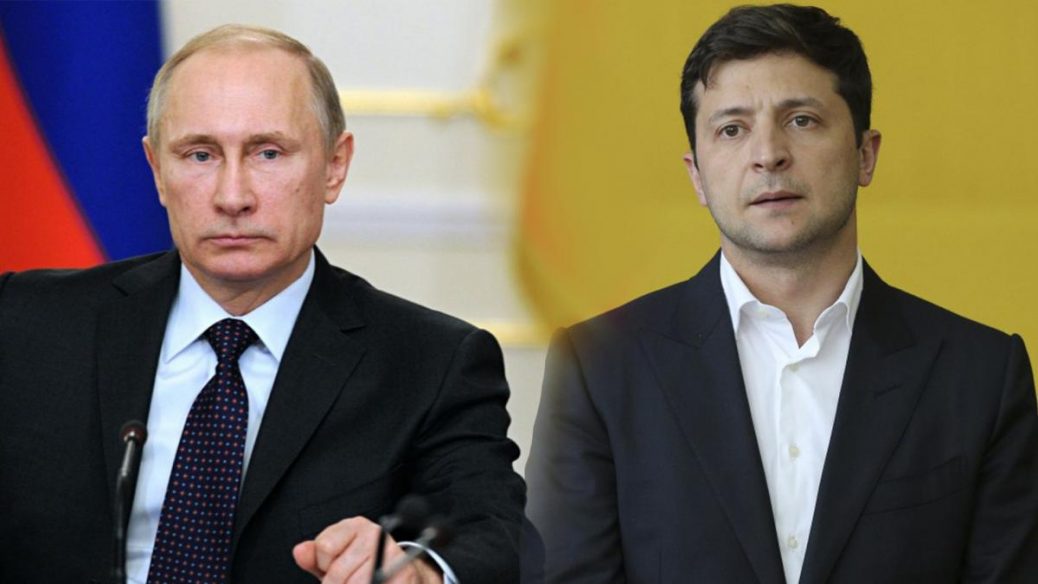 “The Kremlin has expressed a desire to establish relations with Ukraine.” This  phrase  can describe the new vector of Russian politics.

On September 5, 2021, Putin’s spokesman said that Russia wanted to normalize relations with Kyiv. This statement was made at the highest level and was broadcast on Russia-1 TV channel in the program “Moscow. Kremlin. Putin,” which is practically a mouthppiece of the Russian president’s activities.

Let’s face it: it’s more than weird. Here’s why. Back in late April, in response to President Zelensky’s proposal about the possibility of a bilateral meeting, Putin stated that “recently the Ukrainian leadership has taken many steps that are destroying Russian-Ukrainian relations.”

The Russian President then lied once again.

In the spring, Putin said he was ready to meet with Zelensky, but only if he “wants to restore relations.” Here the position of the President of Russia is clear and unambiguous, isn’t it?

Just in late June, during Direct Line with Vladimir Putin, the Russian President spoke about the meeting with the Ukrainian President even more sharply: “What’s the use of meeting with Zelensky when he has given full control of his country to outside management? Key decisions are being made in Washington, and Berlin and Paris to some extent.” As we can see, this time Putin’s position is again quite clear and consistent.

And now – September 2021 and Putin’s statement that Russian-Ukrainian relations should be restored “the sooner the better,” which sounded at the plenary session of the Eastern Economic Forum-2021.

Doesn’t this resemble a sharp reversal in the Kremlin policy? Exactly. And what are the reasons?

First, no matter how hard Russia tried to denigrate the Crimean platform  and negate its weight on the world stage, the Russian President’s behavior is one of the first indicators of its effectiveness. It should be recalled that this Ukrainian initiative on de-occupation of Crimea took place on August 23 and was supported by 46 countries, 14 of which were represented at the level of heads of state.

Second, Zelensky’s meeting with the US President on September 1 certainly played a role, although many еxperts in Russia and some in Ukraine agreed that its results were ineffective for Ukraine.

Putin’s behavior after that date completely refutes such conclusions.

It seems that during the bilateral conversation, in addition to the already voiced official position of Washington on Ukraine, there was something else. Something that, so to speak, “left behind the scenes.”

Today, for some reason, the Kremlin is ready for a dialogue with Kyiv, although it still refuses to discuss the annexation of Crimea. Then the question is whether Kyiv needs a dialogue in this case.

But this is today. And who knows what will happen tomorrow?