Home » Ukrainian presidential adviser: “As a military man, I see no options for the Russian army in Ukraine”

Ukrainian presidential adviser: “As a military man, I see no options for the Russian army in Ukraine” 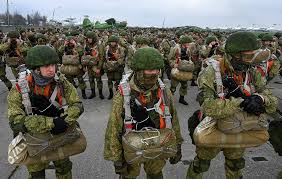 They are still moving by inertia of orders, but only complete idiots can try to surround four large urban agglomerations (Kyiv, Kharkiv, Mariupol, and Mykolayiv) simultaneously with 200,000 troops spaced at a distance of 500 km.

They will still try to conscript reservists, scrape together some troops in the Caucasus, and throw them here, without combat coordination (there is no time) on old jalopies that can be seen on the railway platforms in Russia – a few miserable pieces – grease for our bayonets.

There will also be an attempt to “attack Kyiv”, an attempt to cut off Kharkiv and Sumy, to encircle Mykolayiv, but this is all inertia.

Weren’t they cowards – cowards in the worst sense of the word, when courage is needed not on the battlefield, but in the boss’s office, there would be a general in the Russian Federation who would stand up and tell Putin the truth:

– the only chance for us not to become Napoleon’s army, which almost completely perished in the fields, is to immediately retreat from Mykolayiv beyond the Dnieper, try to hold the coast up to Energodar.

Withdraw troops from Kyiv to Chernihiv and Sumy, from below Kharkiv – back, to the defense north of Kharkiv, along the border.

Be on the defensive in the JFO zone.

Bargain for what was captured, looking for a way to get out of Ukraine with at least some face saved.

But the problem is this option will not help them either.

First, there is no such general. This requires special courage – civil, which the Russian military has long lost.

Secondly, a sick old Botox man locked himself in a bunker and no longer listens to anyone, bending lower and lower under the weight of what he has done – first of all, for his own, Russian people.

Thirdly, our earth itself will cut, absorb and dissolve them. Partisans and volunteers, Special Forces and infantry, aviation and ground troops, artillery and missile troops will finish off both those who started a defensive and those who try to break out.

Russian troops are moving by inertia, they have not realized yet that they have already died.

That they have been swirled in whirlwinds, befogged and befuddled by our steppes and ravines, our Mavkas and Solokhas, our molfars and vovkulaks, our Patsyuks and kharacternyks, ravens and ghosts.

That this very earth rebelled against them and the very laws of probability turned in the opposite direction.

This is the end of Russian army in Ukraine.

Fathers who leave their children, not knowing whether they will find them alive when they return, will not forgive.

There will be no honorable tie for the army of the dead, or a round on points, but complete military defeat.

These idiots stretched their forces, trying to grab as much as possible.

As a result, they can neither keep nor attack.

Do you know that the sale of apartments has abruptly started in Crimea?)

That they urgently took the FSB officers’ families out of Crimea?

They will meet their end here. Terrible, devastating, shameful. Such that History itself will shudder.

And this will be a natural finale of this musty, leaden, inhuman regime.

But this zombie offensive is the inertia of the army of the dead.

And we are alive. And we fight for the living.

In the name of life.

The end of the army of the dead and the end of Koshchei is near.

The green sprouts of their defeat have already put forth shoots.

They are raised by the sun of a new world that we will build by closing forever the millennial gestalt of a fetid, inhuman swamp that imagines itself to be an empire.

– Everything will be Ukraine.