Home » Andrei Piontkovsky: There is a struggle in the Kremlin, the next two weeks will be decisive

Andrei Piontkovsky: There is a struggle in the Kremlin, the next two weeks will be decisive 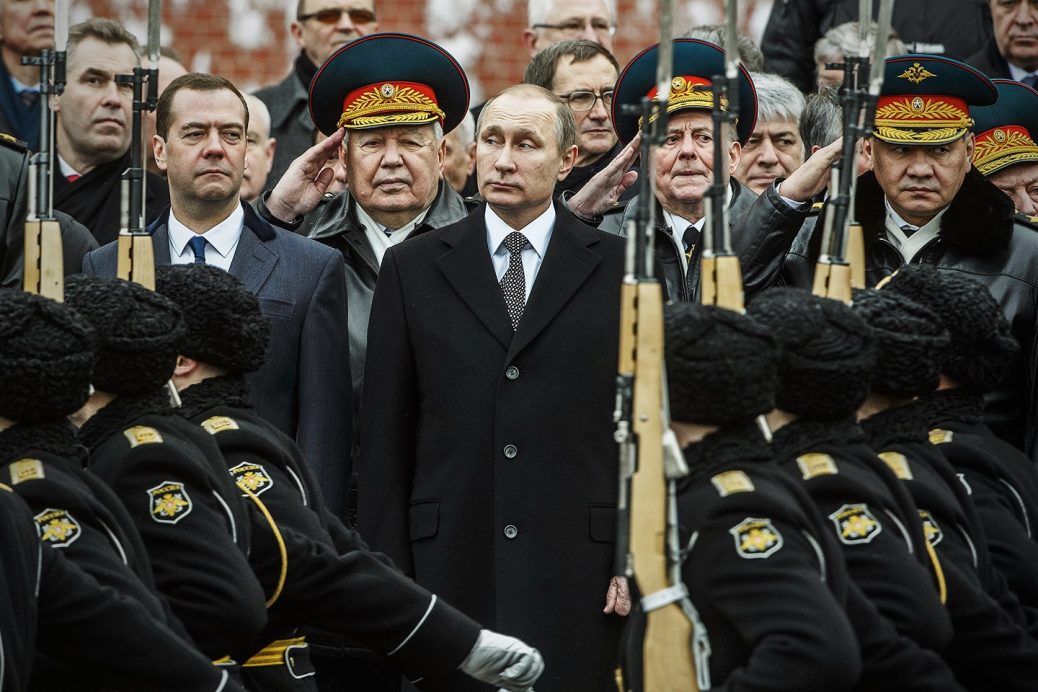 What is happening in Putin’s inner circle?  The fact that Russia is changing its tactics became clear on March 25 after the speech of the Chief of the Main Operational Directorate of the General Staff of the Armed Forces of the Russian Federation, General Sergei Rudskiy.

It was even sensational in its own way. The task there was formulated differently from the one set by the Supreme Commander-in-Chief. He said the following: “We are not going to occupy the cities and we never planned it”, so to speak, the task was only to strengthen the independence of ORDLO, to expand it to the borders of Luhansk and Donetsk regions of Ukraine. Many then perceived these words as a way to deceive Ukrainian side, and to lull its vigilance. But this was indeed followed by the withdrawal of troops from Kyiv and Chernihiv regions. Russian political scientist and publicist Andrei Piontkovskiy writes about this in an article on the nv.ua website.

The point is that military experts in the General Staff of the Russian Federation have long realized, and Rudskiy’s speech proved that they conveyed to the commander-in-chief, that the tasks, which are occupation of all of Ukraine and the so-called denazification, are impossible to fulfill. The army cannot implement them.

This is the first such conflict that arose between the commander-in-chief and the general staff of the Russian Federation. Apparently, as a result, a compromise decision was made, which is now declared as the main one.

A battle for Donbas. The purpose of this battle is obvious.

Firstly, to achieve some kind of illusion of victory, which can be sold to the population. For example, the following could be said: our task was to save Donbas people from genocide, we did it, and we largely destroyed the military infrastructure of Ukraine, and now Ukraine does not want to join NATO. Ukraine really does not want to join NATO. Not because Russia forbids it, but because NATO has proven to be a helpless and miserable organization, and one should rely not on NATO, but on specific military assistance from separate countries – the United States and Great Britain, in the first place.

Secondly, by some kind of victory in Donbas, Russia plans to strengthen its negotiating positions with Ukraine and achieve some acceptable result in a form of a piece of territory that has yet to be reclaimed. Judging by everything they say and plan, obtaining possession of, for example, Kharkiv would be such a victory.

However, I agree with the opinion of the vast majority of military experts, both Ukrainian and Western, that they will not seize Kharkiv.

They were unable to seize it at the beginning of the war, when they had a stronger position. They could not mobilize any serious reserves. They pulled up various Russian units from Abkhazia, Ossetia, Karabakh, Africa, somewhere else. Therefore, this battle for Donbas will end in the same second defeat as the battle for Kyiv. Which, in my opinion, will lead to a very serious struggle inside Putin’s bunker around one question – who is to blame for the defeats? Whether it’s a commander-in-chief, who set ridiculous goals, or mediocre generals who could not fulfill the great goals of the commander-in-chief.

Dmitry Peskov on April 7 made a strange statement in an interview with Sky News. This indicates that a severe struggle is going on at the top, that’s what I talked about at the beginning.

For the first time (which is worth a lot!) the Kremlin, Peskov is the speaker of the Kremlin, recognized significant losses. “This is a tragedy”, he said. And then he boasted that in a few days a truce could be expected. This leads me to another thought. Perhaps even this plan – to achieve some imaginary victory and sell it to the Russians – is also questioned. Perhaps the generals explained to Putin that Kharkiv could not be seized. And now Putin, through his herald Peskov, is looking for agreements with Ukraine. But it is unlikely that after the crimes committed by the Russian army, Ukraine will be ready for any agreements. Rhetoric has also changed in Washington. For two days now they have been talking about the Ukrainian victory. They used to say that it is necessary to supply the Ukrainians as much as possible so that they can stand up to Russia. And now the head of the US State Department, Anthony Blinken, was the first to speak, then the representative of the Pentagon said, that it is necessary to provide Ukraine with everything possible to achieve victory. And indeed now they are giving the green light to the supply of heavy weapons. Therefore, let Moscow crawl on its knees and ask for a truce.

In any case, the next two weeks will be decisive.