Andriy Zhovanyk: The small Soviet army will never defeat the big Soviet army. But Ukrainian army on the Western model will defeat Russia 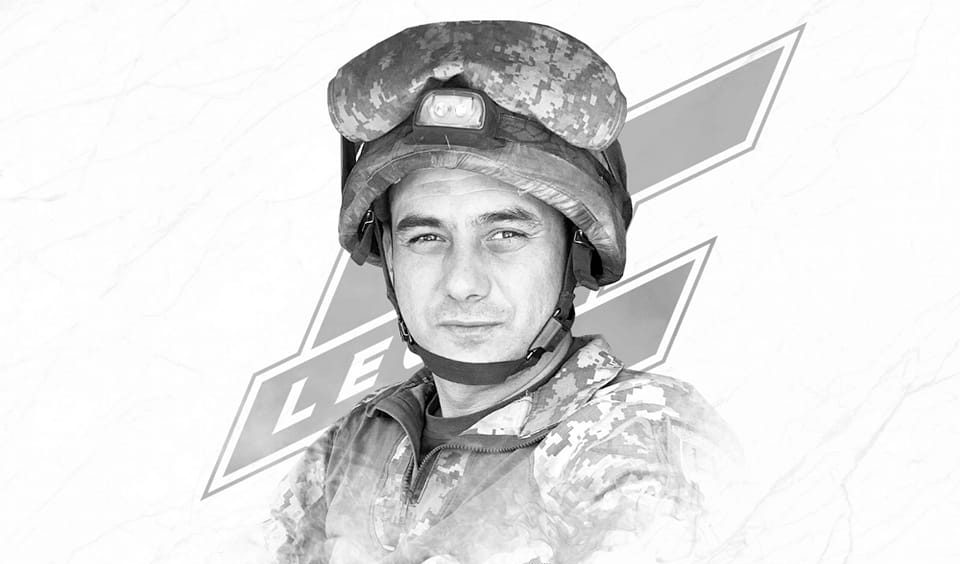 On August 5, many people came to Maidan Nezalezhnosti in Kyiv to pay their last honors to Andriy Zhovanyk, “TATARYN”, commander of the “Karpatska Sich” unit, commander of the 1st company of the Ukrainian volunteer corps “Right Sector”, a cossack of the Historical Club “Kholodny Yar”.

Roman Koval, his close friend and the head of Historical Club “Kholodny Yar” bring light on the life of this brave and patriotic Ukrainian defender.

Andriy had participated in the liberation struggle since he was a schoolboy. In the 1980s he belonged to the “Kyiv group” of Ihor Bondar’s underground OUN. He was assigned important tasks as a delivery guy and a fighter. Since 1989, he has been a member of the Nationalist Ukrainian Union, the most radical Ukrainian organization. Then he became a member of the Ukrainian political association “State Independence of Ukraine” (DSU), created by political prisoners-Banderites.

Andriy is a legend of the nationalist movement. Since 1989, he has been a member of the Ukrainian Nationalist Union, the most radical Ukrainian organization. Then he became a member of the Ukrainian political association “State Independence of Ukraine” (DSU) and the Historical Club “Kholodny Yar”. In Kyiv, he also worked at Svoboda political party (then SNPU), and was, as far as I can remember, the first head of its Kyiv city organization.

Had fought in Donbas since the summer of 2014 (with breaks). Participated in the battles at the Savur-grave (as part of the “Right Sector”). In 2014, he already killed 8 Muscovites.

It was very difficult to glean information from Andriy; he did not like to brag about his heroic deeds. Because he did not talk much, I will not be able to write a book about him, though I always wanted to. And I told Andriy about this more than once, tried to convince him that it was not about boasting, but recording the history of the Liberation Struggle. And he always answered, “Mr. Roman, you are exaggerating my role.”

Since February 24, 2022, Andriy has been the commander of the “Karpatska Sich” unit.

At the end of March, we met in Kyiv at the headquarters of Oleh Kutsyn’s “Karpatska Sich”. It was as if he and Oleh had been given their youth back – they lost weight, and some quiet joy was reflected on their faces. I brought this to their attention, and they said in unison, smiling, “We are at war!”

Andriy died while serving as a company commander of the 4th tactical group of the Ukrainian volunteer corps “Right Sector”.

Andriy was the commander of the 5th Legion of the UVC “Right Sector”. As far as I understand, it was a handful of brave people, ready to jump into hell for the sake of Ukraine.

Andriy is an extremely brave person; such people are called “hotheads”. He could go on the attack with a sniper rifle through a minefield. Although it went against the science of war, he then gained enemy positions. Muscovites got frightened and fled. It was the battle in which Vasyl Slipak, his brother-in-arms, died.

Since the end of the 1980s, Andriy Zhovanyk participated in dozens or rather hundreds of close combats with the Moscow enemy. During the Maidan, when passenger trains filled with titushkas were coming to

Kyiv, Andriy and a handful of his friends, who were members of the Union of Independent Ukrainian Youth, went to the Kyiv-Volynsky station, where these trains stopped waiting for an order, came out with chains and other weapons of war, and called on the titushkas to come out and measure their strength. They hit their windows with chains and provoked them, but titushkas got scared and did not go out to fight the cossacks…

Andriy is an engineer by profession; he worked as a foreman for many years; he often changed jobs because told “wata” in their faces they were “wata”. And then added briefly how one should deal with them…

Andriy is also a father of three. The eldest son Vasyl is a kobzar and is serving in the Armed Forces. The youngest son Bohdan is 15. I express my sincere condolences to them, their mother Oksana, and sister Katrusia.

In our last conversation five days ago, Andriy said, “The small Soviet army (that’s what he called the Ukrainian army. – R.K.) will never defeat the big Soviet army. But we now have a chance to create a Ukrainian army on the Western model. And it will defeat Russia.”

He was counting on new models of weapons from Western countries, but there were so few of these weapons near Soledar…

Andriy Zhovanyk was never afraid of death; he said he had already lived so long. “Most of my brothers-in-arms died; it’s even awkward to be the one who still lives.” So he never hid; he despised enemy bullets; he was always the first to attack…

Eternal glory to the cossacks!

Eternal glory to those who died for Ukraine!