Home Opinion Interviews Russia can stop gas transit, but Ukraine’s GTS is ready for that

Russia can stop gas transit, but Ukraine’s GTS is ready for that 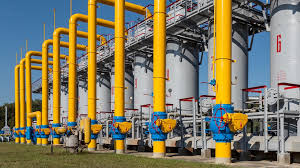 The transit of Russian gas through Ukraine may stop this winter, but this will not lead to critical problems in the operation of the Ukrainian gas transmission system. Serhiy Makohon, Head of the GTS Operator of Ukraine, said this in an interview with BusinessCensor.

“This is a political issue, not an economic one. We see that in recent months the pressure on Ukraine has increased in all directions. This includes stopping the export of thermal coal from the Russian Federation to Ukraine, build-up of troops on the border, and blocking coal exports from Kazakhstan. Considering all these events, it is possible that gas transit through Ukraine may also stop, “Makohon said.

At the same time, he stressed that the Ukrainian GTS can operate without Russian transit.

“Technologically, the system can work on the resources that we managed to accumulate for the autumn-winter period. But this only applies to the operation of our GTS…,” said Makohon.

He also refuted claims that lack of transit would lead to a drop in pressure in the gas transmission system.

“It is not transit that creates pressure in a pipe, but our compressor stations. As much gas comes in from the east, so much goes out in the west. The only problem is to have gas in the pipe. Gas in the pipe comes from three main sources: domestic production, underground storage and imports. That is, we need to balance the consumption and volumes of gas in the GTS, “Makohon explained.

The volume of imports depends on the availability of transit. If there is transit, we can make virtual imports of the entire volume of transit – we can buy from European companies the 109 million cubic meters that Gazprom pumps to them every day. If transit is completely stopped, it is possible to physically import from Slovakia up to 27 million cubic meters per day,” Makohon added.

He clarified that in case the transit of Russian gas stops, there may be technical problems with gas supply to some settlements in eastern Ukraine.

“When there is no transit, we will have to launch our GTS in reverse. That is, to raise our gas from the western underground storage facilities and drive it east. We already did that in 2009. All these years we have been preparing for this situation. In January 2020 when transit fell sharply, we launched the reverse. That situation showed that everything works. This is not a standard operation of the GTS, there will be difficulties. But we are ready for it,” stressed the head of the GTS Operator.