Home » Will Russia start a major war against Ukraine?

Will Russia start a major war against Ukraine? 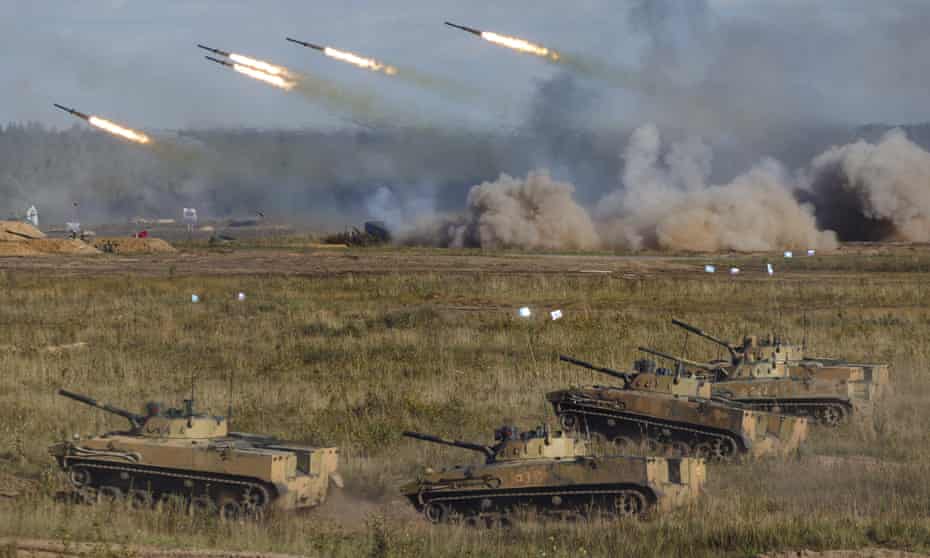 Yuri Butusov, Censor.net Editor-in-Chief answers to the key questions on tensions around Ukraine and possibly of invasion.

1. Will Russia start a large-scale war against Ukraine on February 16?

No, it will not. Russian troops are deployed around Ukraine, but the enemy is not ready for immediate action against Ukraine.

2. Why does the West daily make statements about the inevitable war and escalate the situation? Does this mean there will be a war?

No, it does not. The United States, Great Britain and their allies, with their statements about the inevitable war, are forcing all European NATO countries to decide on their political position. The United States, by its actions, is radicalizing the situation in Europe so that European countries create a united front of support for Ukraine, and thus break separate non-interference agreements with Putin. Biden is seeking to ensure solidarity of European countries on the issue of Ukraine. Now NATO is really getting involved in the hybrid warfare in Ukraine.

3. President Zelensky berates the West for escalating the situation and provoking panic among investors. Is the policy of the United States and its allies really beneficial to us?

Ye, it is. In fact, the leading NATO countries have taken an active offensive position against Putin’s threats for the first time in eight years of our war, and for the first time, military and financial assistance is flowing to us. For the first time, NATO is deploying a grouping near the borders of Ukraine to likely counter a Russian invasion of Ukraine. This is a huge and invaluable help for the people of Ukraine. And President Zelensky either has lost sight of what is really going on or the pro-Russian forces in his entourage, Yermak and Demchenko, are manipulating the president and taking advantage of his ignorance so as not to spoil their contacts with the Kremlin. NATO’s position deserves only our deep gratitude; this is a historic change in Ukraine’s relations with the West.

4. Will such panic and declarations of war undermine our economy?

No, they will not. Our economy and state are undermined not by the war with Russia, which has been going on for 8 years, and not by Putin’s next threats, and certainly not by NATO’s assistance, but by the incompetence of the authorities and the inability to use the opportunities and huge international support that this crisis provides.

5. Can Russia start an attack with air and missile strikes, and only then send ground forces?

Yes, it can. But Russia did not attack from the air, even in 2014, because this would lead to more casualties and a stronger anti-Russian reaction in the world. Air strikes without a ground offensive will increase resistance and international support for Ukraine. Here are the journalists of all the world’s media, and the video of Russian air terror will be the main topic around the world. The European Parliament adopted a resolution on a complete blockade of Russian energy imports to Europe in the event of a major war. The economy of the Russian Federation will not withstand such a blockade.

Yes, it is. Russia has annexed Donbas and Crimea de facto, and the Russian army needs to force the Ukrainian troops to stop firing and push them back from Donetsk and Gorlivka. We create a threat of liquidation of the “DPR” at any moment, and Russia will not be able to stabilize its power there. It is Donbas that is the front where Russia is interested in conducting a ground offensive, which can be politically called the actions of the local rebel militias and not the regular army.

7. Do citizens need to leave or evacuate?

No, they don’t. We must take our place in the ranks. There is no need for everyone to take up arms. There are no guns in storage. Every adequate person is needed in his place, in logistics, support, in the rear, on the front line. You need to understand what to do in a crisis, war, this is normal in the modern world. This crisis is not the last.

8. Will the crisis end this winter?

No, it will not. This war is for years, for years to come. Ukraine is too rich and too important geopolitically to ever be left alone by our neighbors. As long as Putin is in power, and as long as Ukraine remains a weak, poorly organized state, where the rulers are trying to appease Putin, “look into his eyes”, “just stop shooting”, fail the special operations of our own special services against Russia, we will remain a victim in the eyes of the aggressor.

9. Can we win the war with Russia?

Yes, we can. We are already winning the war with Russia. NATO’s support dramatically improves our defense capabilities and creates many new opportunities. Putin failed to achieve his goals – to return the puppet regime of Yanukovych, to return pro-Russian forces to power, to force Ukraine to stop resistance on the model of Transnistria. We have achieved unprecedented success in the development of our independence, and every year our forces are growing. Putin, like Hitler and Stalin, is not eternal. When we build a state with competent leaders who focus primarily on security and defense issues, Russia, with or without Putin, will realize the futility of further war, and then either they will return Crimea and Donbas themselves, or we will do it ourselves.