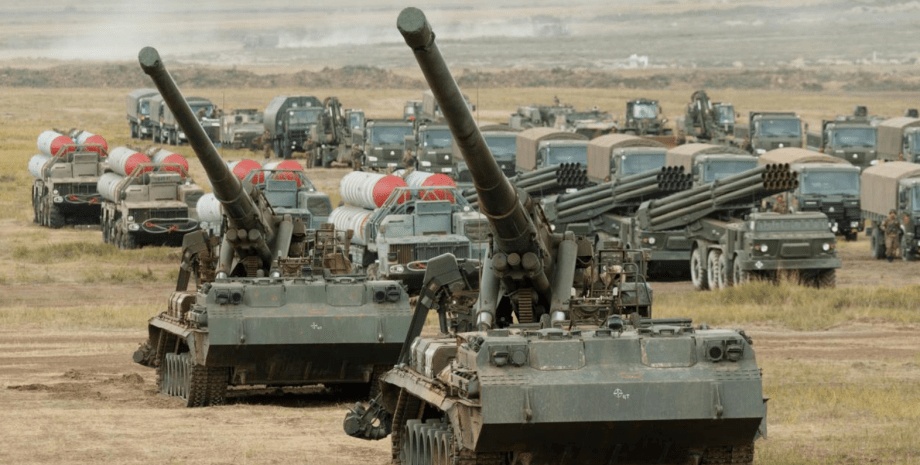 Demothballed Russian military vehicles totally embezzled, which forced tank regiment commander to shot himself. This is reported by the Main Intelligence Directorate of the Ministry of Defense of Ukraine.

Occupiers try to recover losses at the expense of vehicles taken from long-term storage. In particular, the enemy is deploying a repair and rehabilitation base (RRB) at the airfield in Klimovo, Bryansk region (35 km from the Ukrainian border). Currently, the enemy RRB is trying to “put into operation” many vehicles arriving from long-term storage facilities. The condition of these vehicles is mostly extremely poor, which makes their full use impossible.

At the same time, storage sites are being created for vehicles that have been disabled on the battlefield.

In general, Russia often finds it impossible to restore the vehicles after they are “demothballed.” All optical devices and electronics containing precious metals have been stolen from combat vehicles.

For example, only one out of 10 “demothballed” tanks in the 4th tank division of the Russian Federation is in a more or less serviceable condition. The rest are completely dismantled. Some of them do not even have engines. At present, plans to transfer vehicles from storage to the front have actually been thwarted.

According to available information, the commander of the 13th tank regiment of the 4th tank division of the Russian Federation shot himself.

The following evidence confirms this.

For all eight years of the war none of our vehicles, whether it be a tank, armored personnel carrier or infantry fighting vehicle, left Ukrainian tank factories without Russian spare parts. None!

Certainly, Ukrainian politicians and officials sang songs about complete import substitution and independence from Russian components from time to time, but the fact remains – at times up to 50-60% of all spare parts and accessories for armored vehicles were smuggled from Russia to Ukraine.

For example, in the case of a tank, we are talking about everything: engines, sights, rollers, caterpillar tracks, axles, gearboxes, transmissions – everything! The same is true with aicrafts, air defense systems, and certain artillery systems, but they were less dependent on the products of Russian defense plants.

But it should be noted that since 2014, some groups of clever Ukrainian men have been working fruitfully towards bribing Russian officers and further stealing from Russia the spare parts necessary for the Armed Forces of Ukraine. Usually these spare parts were removed from the numerous vehicles that had been stored for years.

I put a lot of effort into looting Russian military equipment and thus killed two birds with one stone:

– supplied the Ukrainian defense plants with the necessary spare parts

– destroyed the defense capabilities of the Russian army

It has resulted in the fact that hundreds (!) units of Russian armored vehicles are disabled. Besides, the commander of the 13th Regiment of the 4th Panzer Division of the Russian Federation, who knew how many and which components were removed and sold on his instructions, committed suicide yesterday. He could notleave Russia as planned, and realized that the FSB would soon arrest him and he would spend the next 20 years in prison.