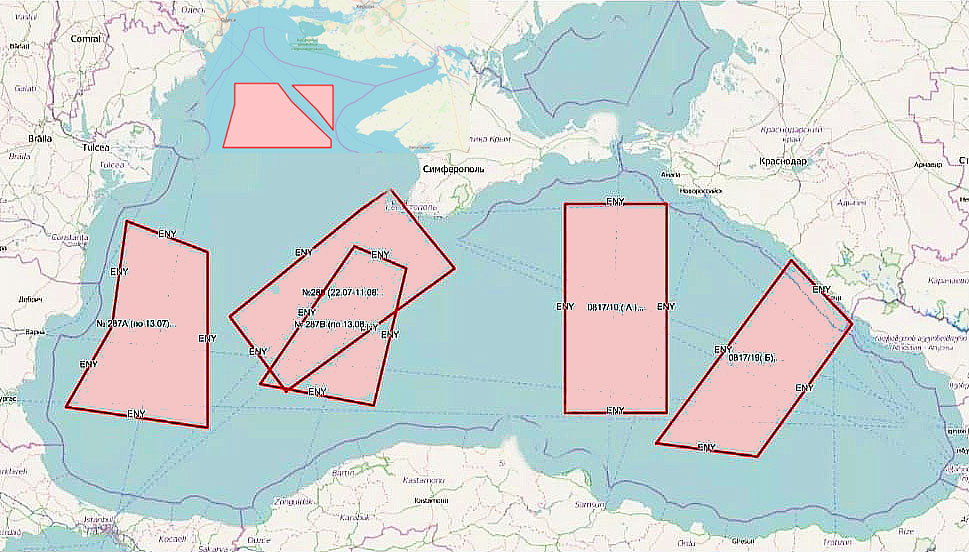 Events in the Black sea are unfolding at such a speed that traditional foreign policy cannot keep up and requires an urgent careful and creative re-thinking.

The analysis made by Andrii Klymenko, associate fellow, Crimea Department, Maidan of Foreign Affairs, Editor-in-Chief of the BSNews is aimed at anyone who cares about the region.

The author stresses that it is important to understand the fact that the summary of the NATO states borders accounts for the largest maritime border in the Black Sea is not reassuring by itself, and in fact, has every chance now of turning from a policy factor into merely an arithmetic one.

That is, already three years ago, when Turkey had a falling out with Russia, President Erdogan was the first to publicly sum up the situation in the Black Sea that resulted from the Crimea occupation.

Over the last three years, the Black Sea has not just remained an “almost Russian lake” — that lake has been getting bigger.

On July 8-9, 2016, the NATO summit in Warsaw was expected to yield the decision as to enhancing NATO naval capabilities in the Black Sea. The initiative was spearheaded by Romania that had proposed to create the Allied Fleet in the Black Sea.

The proposal appeared after the late 2015 deployment of SM-3 AEGIS Ashore-based interceptors at the US Air Force in Devesel, southern Romania, 35 km from the Bulgarian border.

Alas, due to Bulgaria’s refusal whose Prime Minister said he wanted to see cruise ships and not military frigates at the Bulgarian coast, the initiative was tabled.

Just a few days after President Erdogan’s statement above, on the night of July 15-16, 2016, Turkey suffered a coup attempt.

In 2017, the Russian Federation replaced the S-300 air defense systems it had deployed to Crimea soon after the occupation with the newest S-400. That was the final principal chord in the formation on the peninsula of the so-called A2/AD (anti-access and area denial), that is, the area of unacceptably heavy losses for the prospective foe.

Even excluding the sea-based Caliber rockets, the radii of the Crimean A2/AD missiles cover the entire Black Sea, half of Romania, Bulgaria, Turkey, Moldova, and southern Ukraine. Russia’s Black Sea Fleet already has 15 new missile ships equipped with the 2500 km-range Caliber missiles and in 2019-2020, expects to have 20.

But the “pumping” of Crimea with weapons continues. According to the Monitoring Group’s data, it is the Southern Military District of the Russian Federation that will be the first to receive fighter jets of the 5th generation Su-57.

4. Occupation of the Ukrainian Shelf

In the first days of the 2014 Crimea occupation, Russia’s special forces seized the Ukrainian Chornomornaftogaz offshore drilling platforms not only right off Crimea, but also, at the Odessa field. The annexed shelf is now guarded round-the-clock by a group of the Russia’s Black Sea Fleet’s missile ships.

In aqddtion, in the Karkinitsky Gulf of the Black Sea, the area of the maritime administrative border between Ukraine’s Kherson region and the Autonomous Republic of Crimea, Russia is extracting sea sand at the average volume of about 1 thousand tons per day.

During the occupation, Russian seized 13 Crimean defense enterprises and soon after, incorporated them in the RF defense system.

So, from now on, the Russian Black Sea Fleet will be replenished not from the Russia-based enterprises, but from the Crimean shipyards.

6. The Occupied Crimea as the Syrian War Launchpad

The occupied Crimea has become the launchpad for Russia war in Syria. As of August 1, 2019, of the 100 naval-based Caliber cruise missiles that had struck targets in Syria, 56 were owned by the Russian Black Sea Fleet ships.

The military equipment for the Syrian regime is being delivered from Sevastopol and Novorossiysk. The final destination is the port of Tartus, a growing naval base of the Russian Federation in Syria.

7. The Seizure of the Kerch Strait and Aggression in the Sea of ​​Azov

A new problem that arose in April-May 2018 is the Azov Crisis — the purposeful creation of obstacles to navigation in the Kerch Strait and the Sea of ​​Azov for the ships sailing to the Ukrainian ports of Mariupol and Berdyansk.

Among other things, the Azov crisis serves as a training exercise, as a huge number of Russian sailors, Coast Guard ships and aviation have worked out the new algorythms in the Azov Sea and the Kerch Strait.

Later, in November 2018, the same forces captured of Ukrainian Navy warships in international waters near the Kerch Strait.

However, Ukraine’s main export routes are not in the Sea of Azov, but in the Black Sea — from the Bosphorus to Odessa, Mykolaiv and Kherson. That sea route goes by the Russia-seized Odessa field offshore gas platforms. The future detentions of vessels on the way to/from Odessa, Mykolaiv and Kherson ports may very well be “justified” by the need to safeguard those drilling platforms…

8. The Creeping De Facto Annexation of the Black Sea

Between July 1-12, 2019, during the Sea Breeze-2019, one of the Black Sea exercise regions that stretched from the Ukrainian Zmiiny Island near Odessa coast to Cape Tarkhankut in Crimea was closed off by the Russian Federation by publishing the International Maritime Danger Warning.

But as of July 24, 2019, to obstruct Georgian-American Agile Spirit 2019 training, the Russian Federation has closed already five regions in the Black Sea, including a significant area in the exclusive maritime economic zone of Bulgaria and Romania, and almost entirely the eastern part of the Black Sea from Sochi to Turkey.

The total area of the Black Sea regions shut off by the Russian Navy in July 2019 alone exceeds 120,000 square kilometers, or more than ¼ of the total Black Sea area.

9. Turkish Violations of the Crimean Sanctions

At the moment, the biggest problems with Crimean sanctions violations lie not with Turkish shipowners, but mainly with Turkish ports.

The largest number of violations of the Crimean sanctions regime, besides the Russian Federation, involves direct voyages to Crimea from Turkish ports.

Throughout the whole period of Crimea occupation, the Turkish authorities who from day one have never officially recognized Russian occupation and annexation, have repeatedly made statements and decisions banning direct maritime connection between the ports of Turkey and the ports of the occupied peninsula.

But most importantly, we need to develop a common strategy of stopping the ongoing turning of the Black Sea into a Russian lake.