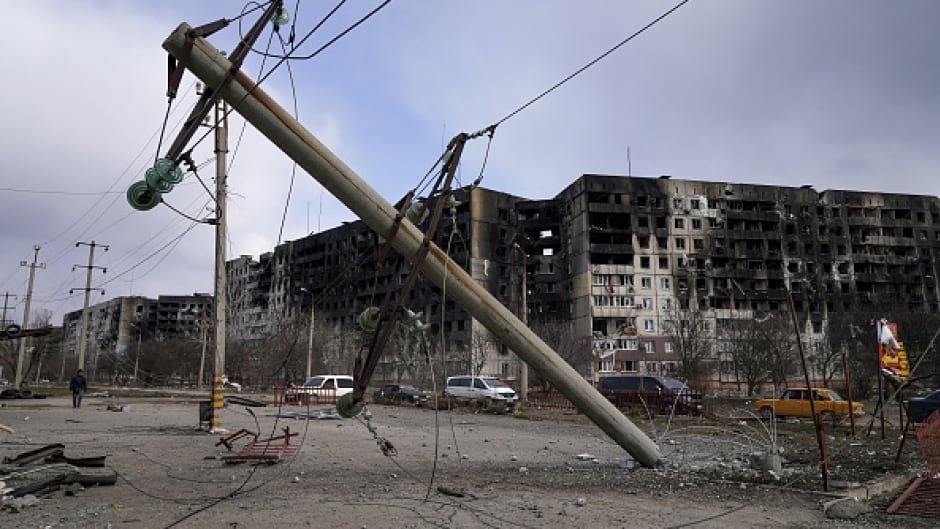 In Mariupol, the Russian occupiers give food to residents only if the latter are engaged in labour duties to dismantle the debris.

This was reported by the city council.

“Putin, a great devotee of Hitler and Stalin, is implementing his perverted dreams in Mariupol. Genocide, crematoria, ghettos, and now the Gulag. That’s what we see in the city right now. And now we know about another innovation of the occupiers. Now residents can get food if they are engaged in labour duties to dismantle the debris. The rushists are holding the whole of Mariupol hostage and are gradually turning it into one big labor camp,” the city council reported.

“In 1945, all humanity defeated Nazism at the cost of tens of millions of lives. But this virus of pure evil was reborn in Russia. The world must stop it before it is too late,” the city council wrote.

Since March 1, Mariupol has been blocked by Russian troops, who have created a humanitarian catastrophe in the city and are committing genocide.

The occupiers are handing out passes to find “unreliable” Ukrainians. The Russians have destroyed  95% of the buildings in the city.

It is possible to break the siege of Mariupol, the Azov regiment said.