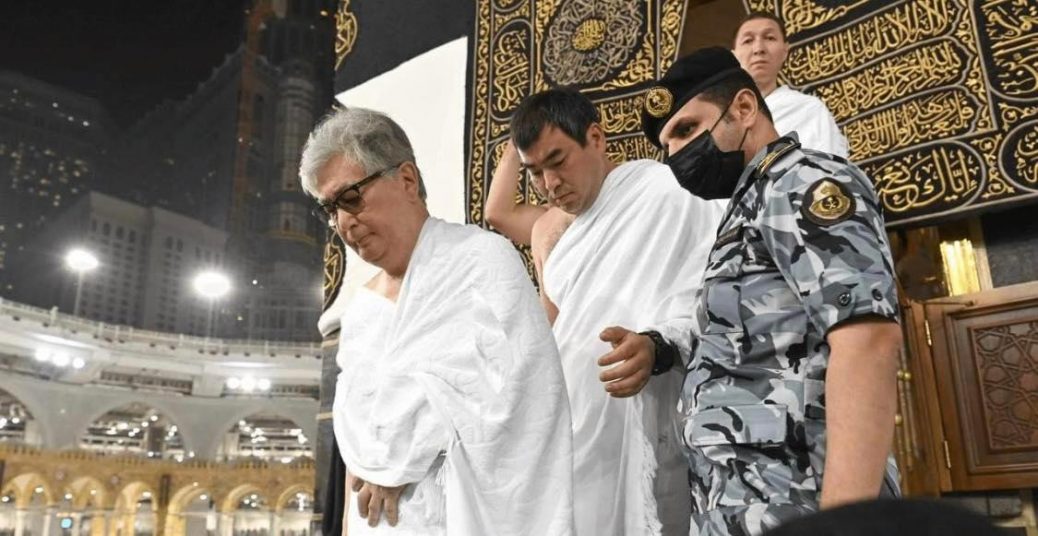 President of Kazakhstan Tokayev continues to surprise not only Russia, he surprises the whole world!

President of Kazakhstan, Kasym Tokayev, continues to surprise. Today, Tokayev has finally proved that he is completely out of the Kremlin’s control and, in particular, out of Vladimir Putin’s control.

Who could have expected that Kasym Tokayev would go into orthodox fundamental Islam?

On July 24, the head of State of Kazakhstan, Kasym Tokayev, performed the Umrah (Minor Hajj) in the holy city of Makkah. The President was given a special honor – he went inside the Kaaba – Islam’s most important mosque, the doors of which are opened for distinguished guests in exceptional cases.

It seems that Tokayev has finally and irrevocably chosen the path – “away from Moscow!”

Unfortunately, Ukrainian international journalism and Ukrainian mass media pay little attention to the processes taking place in Central Asia, the Middle East and the Islamic world in general and what the impact they have on Ukraine. Meanwhile, events in these regions are developing very rapidly.

The statement of the president of Kazakhstan that he and his country do not recognize and will not recognize theLuhansk and Donetsk “People’s Republics” was like a bolt from the blue. And this statement was made in the presence of the President of Russia, Vladimir Putin. None of the “vassals” of Russia has ever afforded such impudence. After that, official Astana joined the EU and USA anti-Russian sanctions. Besides, the one-hour table tennis game between Kasym Tokayev and Turkish President Recep Erdogan was not wasted. The ping-pong game between the leaders of Turkey and Kazakhstan ended with the signing of a number of agreements on cooperation between the countries. Among other things, the parties agreed that Kazakhstan would purchase several dozen Bayraktars from Turkey for defense against Russia. But Kasym Tokayev went further and gave the order to prepare the Kazakhstan army for defense against Russia.

The icing on the cake – Makkah. Makkah is the holiest city of Muslims in Saudi Arabia. The president of Kazakhstan performed the Umrah (Minor Hajj) in it. Hajj is a whole series of obligatory rites, the performance of which brings a Muslim closer to the Almighty Allah and symbolizes the faith, unity and equality of pilgrims.

Thus, the Head of State of Kazakhstan, Kasym Tokayev, entered the most privileged club of “chosen” Muslims in the world.