Home » Ukrainian MiGs-29 pilots or Ghosts of Kyiv. Who they are?

Ukrainian MiGs-29 pilots or Ghosts of Kyiv. Who they are? 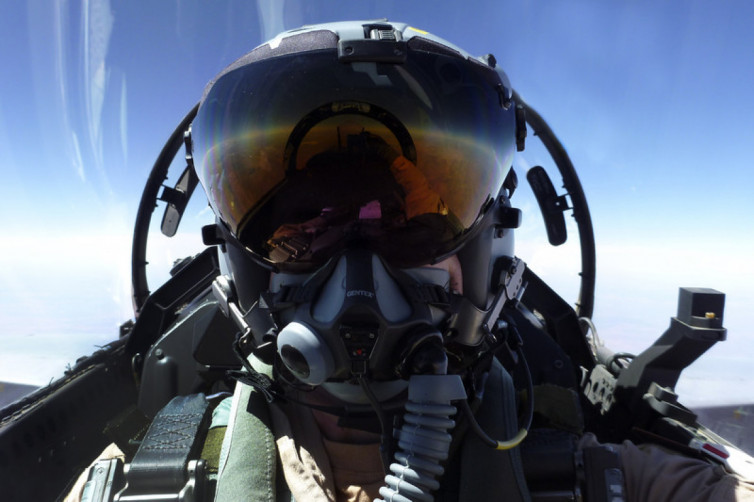 A fighter pilot of the 40th Tactical Aviation Brigade promises to take revenge on the Russians for the death of his brother-in-arm – Hero of Ukraine Oleksandr Brynzhali.

A pair of Ukrainian MiGs-29 intercepts Russian fighter jets. The forces are not equal, as always! However, the native sky multiplied by courage, professionalism and fierce hatred to the occupiers somewhat equalizes the chances!

There are only two Ukrainian fighters against 12 enemies in the sky! Air Force pilots understand what they are going for and do not give up, even under such extreme conditions.

That day, our fighters managed to arranged a decent meeting for the monsters – they destroyed three Russian planes at once. Unfortunately, we also had a bitter loss – 1st class pilot Major Oleksandr Brynzhali died in an air battle.

Volodymyr is the pilot of the second Ukrainian fighter jet. He saw his brother’s-in-arm jet being hit, but he believed till the end that Sasha ejected.

«We thought there were only four of them! But they attacked from multiple directions by 12 planes at the same time!

Everything happened in a blink of an eye! In close combat, our chances are somewhat equal, although the quantitative and technological advantage is still on their side.

Sasha shot down two enemy jets, I shot one!

Unfortunately, this fight was Sania’s last one…

Yes, for the enemy we are all Ghosts! Sashko was also a Ghost! Brave and professional!

The maneuvers he performed, his determination and accuracy are out of any occupier’s depth! The enemy lost in a close combat, and then changed tactics in the air and didn’t dare to fly up to us, as well as enter the area of ​​our air defense. They fired air-to-air missiles from maximum range and flew away! So they continued the tactics of terror instead – the launch of cruise missiles from the territory of Belarus”.

The pilot explains, that it only seems that there are no rules in war. In fact, there are always rules! Although, rashists think they are above them…

“For more than a month, they were flying over Chornobyl nuclear power plant. This is mean and foul! We could not shoot them down so that this filth would not suddenly fall on the sarcophagus or damage it by any wreckage.

By the Decree of the President of Ukraine of April 2, 2022, Major Oleksandr Brynzhali was awarded the title of Hero of Ukraine, and on March 8 the pilot was awarded the Order of Bohdan Khmelnytsky 3-rd class. Both awards – posthumously.

Brothers-in-arms, relatives and friends followed the fighter ace to his grave!

“I always knew that my father was a Hero!”, says daughter Olena. “He gave his life for us, for Ukraine! My mother serves in the army, my brother and grandfather also have combat experience. He says that his son surpassed him… We always looked at fast jet fighters with such admiration, listened to stories about the war holding our breaths… Nervously waited for the news from the ATO / JFO areas, because my father was one of the first to defend Ukraine. We were altogether so happy to hear about cadets’ excitement whom he shared the experience with”.

To the cautious “So how’s everything going?”, Oleksandr always replied confidently: “All is well! We are winnig!”

“It seemed impossible to hate the occupiers more”, adds Volodymyr. “But after Sasha’s death, and after what the occupiers did in Bucha and other places, we just have to destroy them! All of them! Especially when modern fighters will be finally given to us! And then we will confidently shout to the world: “Relax! We won!”