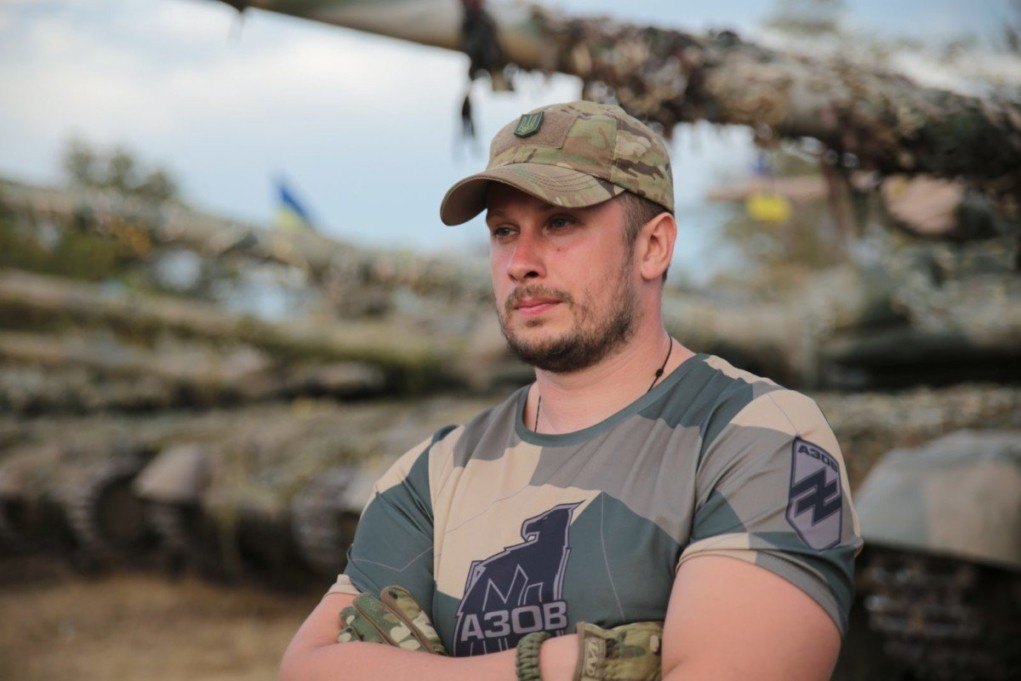 First commander and founder of the Azov Regiment Andriy Biletsky explained to interview to lb.ua why Mariupol is so important for the occupiers.

There are currently up to 14,000 Russian terrorists in Mariupol.

The founder and first commander of the Azov Regiment, Andriy Biletskyy, gave the number of Russian terrorists assaulting Mariupol and explained why this Ukrainian city is so important to them.

The Ukrainian military said that during active attempts of Mariupol seizure there were about 12,000 – 14,000 Russian militants involved. This number does not take into account the composition of the Russian Navy, which is shelling the city. We are talking exclusively about ground forces.

Andriy Biletskyy noted, “At the moment, this number has decreased, they are relocating part of the group. The perimeter defense has shrunk, and they can control it with relatively smaller forces.Therefore, they are moving some of the fighters in the direction of the “breakthrough”, they are planning from south to north, to spread all over our JF grouping. That is, in the direction of Zaporizhzhia, Pokrovsk, where they are going to advance. It is difficult to say which part of the forces they have relocated”.

The Azov Commander mentioned that elite units are currently stationed in Mariupol: the Russian Marines, the Pacific Fleet, and the Slavic Regiment of the so-called DNR.

According to the military, the occupiers were half-destroyed and left incapacitated. He added that they were taken out for replenishment and reformatting.

Biletskyy also explained why Mariupol is so important for Russian terrorists. In his opinion, no one, not even the Ukrainian defenders themselves, expected such a fierce battle for the city. Biletskyy noted that what is happening in Mariupol contravenes the laws of military logic and the laws of physics.

The founder of the Azov Regiment said, “There are three directions: geostrategic, military-practical and moral-ideological. Moral and ideological is that Mariupol was the heart of Ukrainian Donbas. We talked a lot about the need to create a “storefront” in Donbas, so that residents understood that Ukraine is better. In many ways, Mariupol was truly a “storefront”. This is a developing city that lived better than Donetsk. The city, which in 2014 did not want to become DNR, which largely supported Ukraine, and the Ukrainian military. And for them it is, on one hand, a city-traitor of the “Russian world”, on the other hand – a symbol of the normal Ukrainian Donbas. So they decided to bury this symbol, because if everything is filth and there is nothing to compare it with, then, perhaps, filth looks normal. If there is something to compare with, it is difficult to pretend that filth is actuallygood. Accordingly, now there is nothing in Donbas to compare Donetsk and Lugansk with, whichwere turned by the Russians into a kind of soviet hell”.

At the same time, he stressed that as a city Mariupol no longer actually exists. Speaking about the military component, Biletskyy explained that near Mariupol there are now at least 10% of all personnel of the occupation troops.

Biletsky continued, “They rushed into this military campaign (in Mariupol) with 14 000 people, and though the number of personnel was reduced to about 8 000, these are the forces that the Russians lack to start the battle for Donbas”.

According to Biletskyy, the Russians wanted to capture Mariupol from the very beginning, and this was their geostrategic dimension.

But without the seaport of Mariupol and its factories the so-called “L/DNR” could not function properly economically. It was an interrupted industrial chain, because both Donetsk and Luhansk worked for Mariupol in many aspects. They also needed logistics, and logistics means the southern route that passed through Mariupol, which is called Vienna-Rostov, I think, and which goes from Odessa. That is, from the Crimea, they could easily connect in this way with the “L/DNR” and, so to speak, mainland Russia.

And the second is the port, which significantly improved logistics. Until Mariupol is controlled, it is impossible to fully use this logistic corridor, and the Russians have been dreaming of a land corridor to the Crimea since 2014. Now there is a corridor, but they can’t put it to good use. This requires control over Mariupol.