Home » For the first time in world history, a missile cruiser was sunk in battle. And it was Moskva

For the first time in world history, a missile cruiser was sunk in battle. And it was Moskva 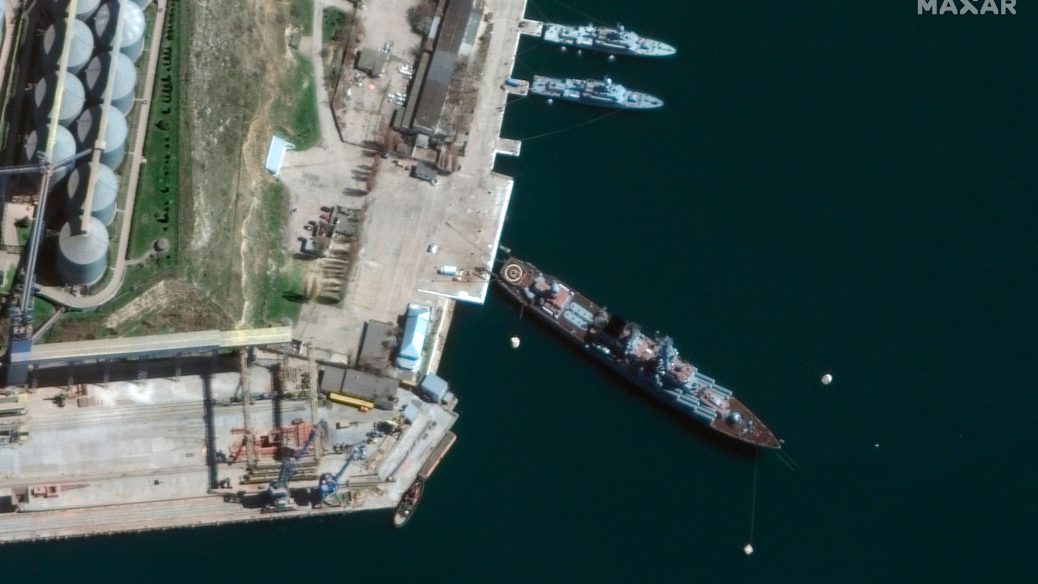 Ukrainian engineers of Kyiv Design Bureau Luch have developed their unique technology for Neptune and put Ukraine among 10 other countries in the world that are able to produce their own anti-ship missiles to hit specially protected targets.

For the first time, a warship was destroyed by an anti-ship missile made entirely in Ukraine.

For the first time in world history, a missile cruiser was sunk in battle.

For the first time in battle, the largest flagship of the Russian Fleet was destroyed.

For the first time, the Armed Forces of Ukraine won at sea.

It is no exaggeration to say that this is a historic sensational victory of Ukraine over the Russian fleet.

According to censor.net, Ukraine has spent about $ 93 million over the years on the Neptune ASCM development and production program. A volley of Neptune destroyed a missile cruiser worth up to $ 1 billion, the flagship of the Black Sea Fleet which flies the flag and is the headquarters of the commander of the Russian Black Sea Fleet.

On April 14, the Russian Defense Ministry acknowledged that the missile cruiser Moskva, the flagship of the Black Sea Fleet, the largest warship in the Black Sea, had sunk as a result of an “explosion of ammunition” and a “fire that is being investigated.” The crew of the cruiser has been allegedly saved, but detailed information about the losses of the Russian Defense Ministry, as always, was not made public. The ship has a strength of more than 510 crew members.

The Ukrainian command and the state enterprise Kyiv Design Bureau Luch announced that the Russian cruiser had been hit by two new Neptune anti-ship missiles.

Moskva was destroyed by the launch of two anti-ship missiles Neptune, which was carried out from Odessa region from a distance of about 130 km. The Russian missile cruiser was located near the Zmiiny Island. It was here that the Russian navy controlled the blockade of the coast of Ukraine from aboard the Moskva.

The cruiser Moskva is well protected from missile attacks. Such ships are one of the most difficult targets, precisely because of the strong echeloned defense against air attacks. The S-300-based cruiser missile system has ammunition of 68 missiles. The cruiser is also covered by anti-aircraft missiles and anti-aircraft artillery systems to hit anti-ship missiles from a short distance. The cruiser is equipped with electronic warfare and countermeasures, and interference systems.

However, the search radars of the two Neptunes captured the target on their own, the control system singled out the real cruiser among the big waves and obstacles, determined the optimal trajectory for attack to avoid being intercepted by the cruiser’s air defense systems, and dealt a deadly blow.

That is, an active guidance system together with target selection algorithms among the obstacles allowed the missiles to independently guide and determine their points of impact.

Russia has now lost the ship with the most powerful weapons for air defense of a possible landing operation in the Black Sea. The cruiser Moskva of the Slava-type was called by Russian admirals “the killer of American aircraft carriers” because of its powerful long-range missile weapons.

The losses of the crew of Moskva are unknown because the Russian Ministry of Defense always hides losses.

One thing is clear – Russia suffered a heavy defeat, the Ukrainians won the battle.

The Russian fleet and the air defense systems of the ships showed their vulnerability, and proved unable to protect even their flagship. This is another powerful blow to the export of Russian weapons and an advertisement of Ukrainian missile production.

Moskva, if handed over to scrap metal recycling facilities, weighs like 250 tanks, but the main cost of the cruiser is its weapons and electronics. A whole set of weapons has been destroyed and Russia is unable to restore it in the coming years. The ships of this class are no longer produced in Russia. Ukraine shows the world every day how to beat the Russian army and fleet.